‘The Gridiron’ mag is coming soon 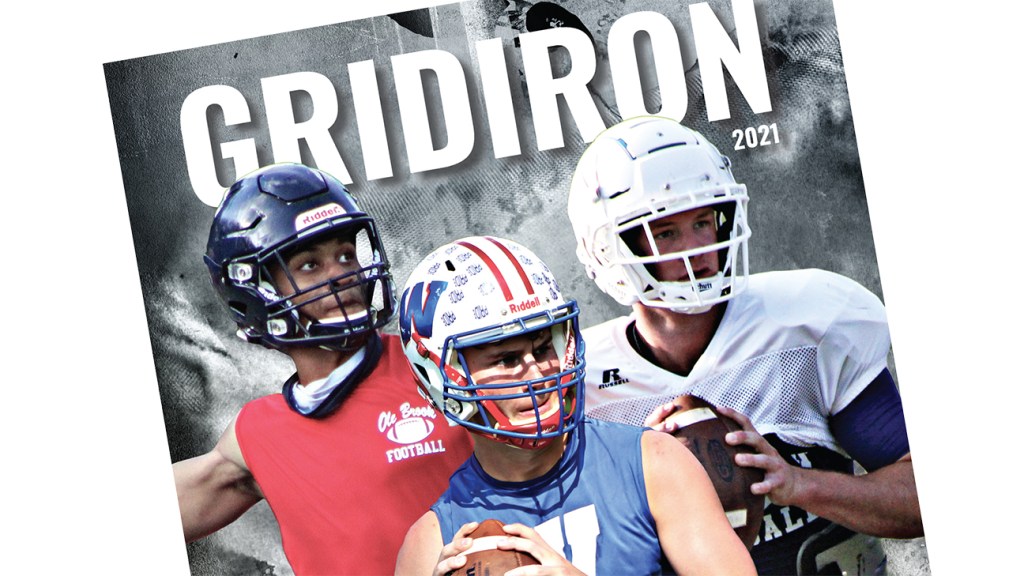 As many predicted before the first whistle or snap of the year, COVID-19 was unbeaten last high school football season.

Every game that got cancelled or rescheduled or went in as a forfeit — that was a win for COVID-19.

The reshuffling could only go so far and when the postseason began, it ended up moving teams up or out of the playoff brackets.

It’s a little fitting that Brookhaven High is scheduled to host the Lawrence County Cougars Friday in the regular season opener for both teams.

Emphasis on “is scheduled to,” though, right? Everyone is writing athletic plans in pencil right now as positive cases, hospitalizations and deaths from the virus are higher now than they were this time last year due to the Delta Variant.

The Panthers of Ole Brook and the LC Cougars both had their postseason plans ended last year by COVID-19 forced forfeitures.

And what stunk so bad was that this highly unskilled handicapper had both of them as favorites in those matchups.

I knew that LC coach Jesse Anderson and his team would still be riding the high of knocking off a no. 1 seeded Moss Point by a single point the week before.

The Lawrence County rushing attack was going to be hard for Sumrall to stop as things had begun to click for the Cougars.

I expected the same type of results for Brookhaven High coach Tucker Peavey and his team when they traveled to face Pascagoula in the first round of the 5A playoffs.

Just like LC though, the Panthers were knocked out by an outbreak of the virus in the community and team. They’d both have to wait until 2021 to see the field again.

The message that Anderson and Peavey shared with their teams that week was a similar one.

To paraphrase, they told their players that this experience was part of what makes life the hardest. You can only control the things that are within your control. You sometimes take losses that you don’t deserve but come when circumstances are out of your hands.

And that’s the message that I’m sharing in regard to our 2021 edition of The Gridiron Football Magazine.

The plan is to always get The Gridiron out to concede with the start of the high school football season.

There are other football magazines, but none that do what The Gridiron does. It’s a one stop shop for schedules, rosters, team previews and all other pertinent information for eight high schools (Brookhaven Academy, Brookhaven High, Bogue Chitto, Enterprise, Loyd Star, West Lincoln Wesson and Lawrence County).

It also features a look at what area alums are doing on the next level with a preview of what’s to come this season for the Co-Lin football team.

The feature stories this year are a focus on the top three returning quarterbacks from this area and a look back at four important members of the Friday night family that are no longer with us this season.

What you won’t find in the 2021 edition is any talk of COVID-19. It’s here, it’s something that teams and coaches have to deal with and it doesn’t appear to be going away anytime soon.

I wanted to get the focus back on football after having a masked helmet on the cover in 2020.

Most years it’s approximately 15,000 words worth of typing that starts in the middle of July when I begin to visit summer workouts for area teams and talk to coaches about what to expect next season.

I know prep is in full swing when my carpel-tunnel syndrome begins to flare up as August approaches.

I won’t go into too much detail, but COVID-19 staffing issues on the production end have slowed the process this year and that’s why football season is beginning without a copy of our football magazine in your hands.

It’s frustrating, but it’s something that’s out of our control.

An electronic edition of the magazine will go live on our website Friday morning and the traditional Friday night football coverage you expect in print and online begins this weekend, too.

The hope is that boxes full of the 2021 magazine arrive at the DL offices late next week.

And when that happens, look for me in my beat-up, old pickup truck coming to a campus near you.

I’ll drive from Monticello to Flea Hop, from King Field to Troy Smith Field and to all points in-between to deliver stacks of the magazine and get them in the hands of the players, coaches and fans that make The Gridiron go every year.

That’s something I can control.

Cliff Furr is the sports editor of The Daily Leader. He can be reached via email at sports@dailyleader.com.