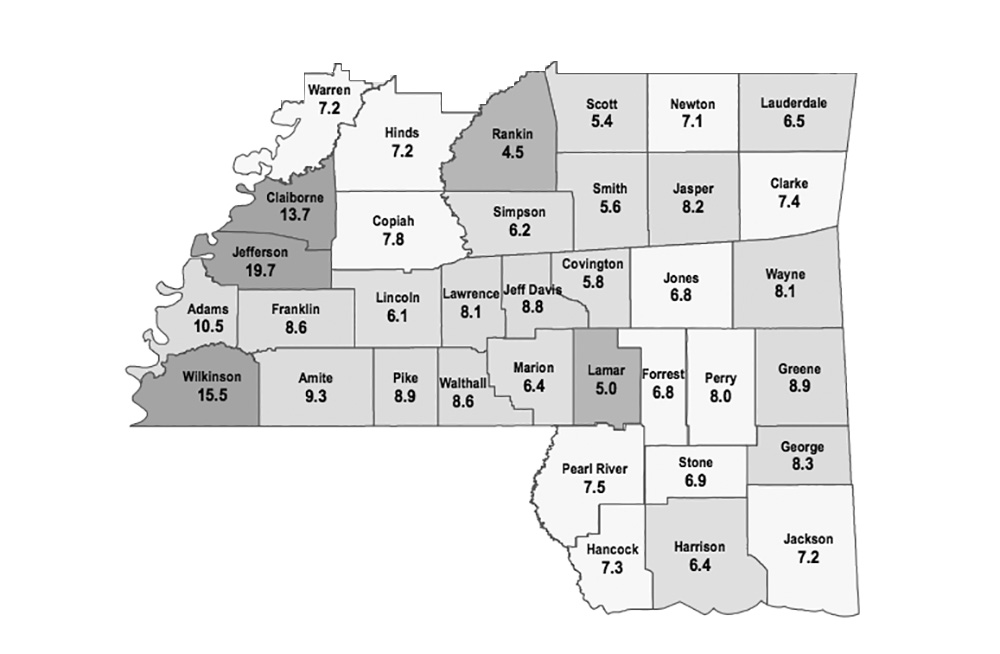 MDES graphic Lincoln County had a 6.1% unemployment rate for July.

July showed an increase in workers and a decrease in unemployment in Lincoln County.

Lincoln County had a labor force of 15,160 in July. In Lincoln, 930 people — 6.1% of the labor pool — said they were looking for work but unable to find employment.

The labor force includes persons age 16 and older who are able to work and are either employed or looking for work. This number does not include full-time students, members of the Armed Forces or those with farm jobs, according to the Mississippi Department of Employment Security.

Monthly estimates of the labor force, employment, unemployment and the unemployment rate are generated by the Local Area Unemployment Statistics Program, a cooperative program between the Bureau of Labor Statistics and State Employment Security Agencies. Statistics on the employment status of the population and related data are compiled by the Bureau of Labor Statistics using data from the Current Population Survey (CPS). The CPS is a monthly survey of households conducted by the US Census Bureau. It is a scientifically selected survey designed to represent the civilian non-institutional population of the United States.