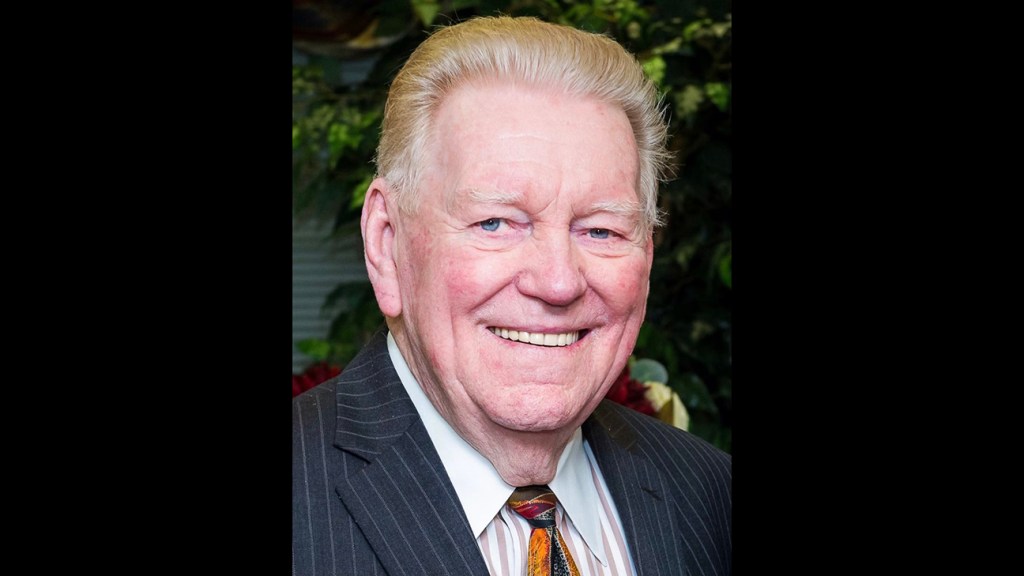 Dr. P.A. (Red) Michel, long-time pastor in Mississippi and Tennessee, crossed over into eternal life on August 27, 2021, at the age of 91. His life verse is from Ephesians: “Blessed is the God and Father of our Lord Jesus, who has enriched us with every spiritual blessing in Christ!” The testimony of those to whom he ministered is that his life was indeed a blessing.

Red was born in Chicago on November 16, 1929, and grew up in Miami, Florida, the son of Fred and Mary Michel. He is survived by his wife, Joan Tyler Michel of Collins, MS; two sons David Michel (Marilyn) of Clinton, MS, and Kenneth Michel of Lewes, Delaware; two grandchildren, Andrew Michel (Corinne) of Nashville and Rachel Dove of Clinton, MS; seven great-grandchildren; his sister-in-law, Jay Michel; and a host of nieces, nephews and their children. He was preceded in death by his first wife, Alda Lee Nichols; and their son, Ralph Michel of Huntsville; and his brother, Roy Michel of Crystal River, Florida.

Following graduation from Southwestern Baptist Theological Seminary in Fort Worth, Texas, Red invested his leadership skills in Southern Baptist Churches in Cedartown, Georgia; Meridian, Charleston, Corinth and Brookhaven, Mississippi; and finally at Belmont Heights Baptist in Nashville, Tennessee. After retirement he became a minister-at-large and conducted over 5,000 weddings in Nashville.

If Red was a blessing to your family, memorial gifts may be directed to the College of Medicine at Belmont University where his grandson, Andrew, serves on the faculty. Please make checks payable to Belmont University, with “in honor of Pastor Red Michel” on the memo line and send to Belmont University, Oﬃce of Development, 105 Fidelity Hall, 1900 Belmont Blvd., Nashville, TN 37212. You may also gift electronically at https://webelieve.belmont.edu/give/.

Type College of Medicine as your designation, select the Memorial Gift option, and submit.

Visitation will be held from 1 pm – 2 pm Friday, November 5, 2021, at Wright & Ferguson Funeral Home in Flowood, MS. A memorial service will follow at 2 pm in the funeral home chapel.