McGowen, Walker are Week 2 Players of the Week 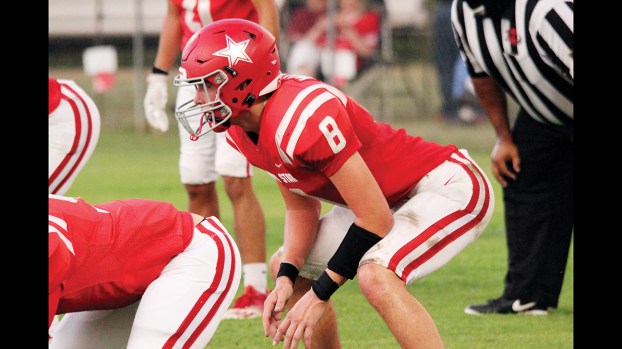 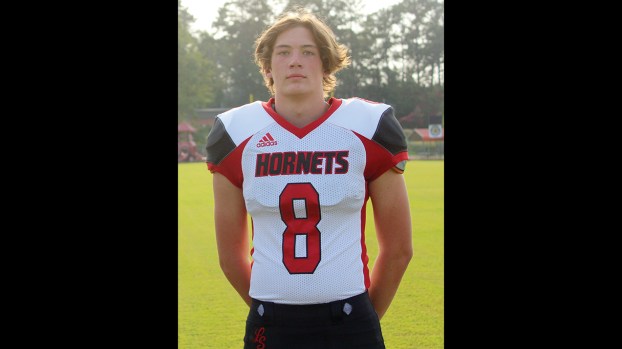 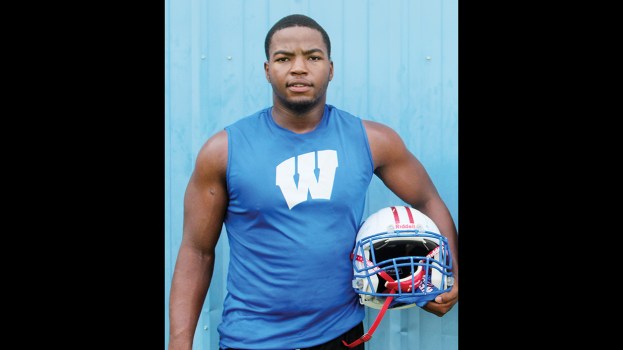 Wesson head coach Jeremy Loy knows that ballers are going to ball — no matter where you place them on the field.

Loy has coached some top-notch athletes over the course of his career, but not many that he holds in a higher regard than current Cobra senior Collin McGowen.

Friday in a 41-6 win over Franklin County, McGowen shined running the ball as he carried 18 times for 152 yards and two scores. For his efforts McGowen has been named The Daily Leader Offensive Player of the Week.

Linebacker is where McGowen usually gets the most attention with his play for Wesson. He’s the heart and soul of the Cobra defense and can always be found around the ball or in the middle of the field, directing his teammates where to line up pre-snap.

Coming into the season though, Loy wanted to place an emphasis on being able to grind out tough yardage situations on offense. Wesson can and will play very fast, faster than any school in the area.

A fast 3-and-out can be rat poison for any team that’s running a spread offense. Establishing the run became a point of emphasis as junior quarterback Will Loy builds rapport with a mostly inexperienced receiver group in 2021.

In two games thus far McGowen has already topped his rushing total from last season (180-yards) as he’s averaging 5.8 yards per carry and has run for 208 combined yards in the win over Franklin County and a loss to Tylertown.

He’s also made 19 tackles this season including two for a loss while also causing a fumble.

Loy says McGowen is the kind of leader who’d literally do anything to help his team win.

“He’s just a football player — a very physical player that will do anything to help this team win,” said Loy. “His role on offense has grown this year. He runs the ball the same way he plays linebacker. He’s so strong and guy that impresses in the weight room. He’s been overlooked by some colleges as a linebacker at 5-foot-10, 210-pounds, but he’s the perfect size for a tail back. He’s going to have a big year for us.”

Wesson is on the road Friday, traveling to play at Wilkinson County.

As a sophomore, Brantley Walker was among a young group of Loyd Star Hornets that had to learn on the job what it takes to be a high school football player.

Friday Loyd Star moved to 2-0 on the season with a dominating 48-14 win at McLaurin and the play of Walker at linebacker was a big part of that as he finished with 15 tackles. For his efforts, Walker has been named The Daily Leader Defensive Player of the Week.

Walker is what you’d call a rangy 6-foot-2, 180-pounds. He lines up as an outside linebacker but can also play inside or defensive end if that’s where Loyd Star coach Bryan Ford needs him.

His greatest strength is his ability to run to the football. Once football season ends, he starts playing futbol for the Loyd Star soccer team. You can’t play soccer if you can’t run.

As a linebacker, he’ll often be down in position behind his brother Bryson who plays on both sides of the line for the Hornets. Brantley may make a tackle and jump back up to head to huddle. Bryson is a little more demonstrative though. When he makes a tackle for a loss, he’ll get a little celebrating done before he resets for the next play.

Brantley says playing with his brother is one of things he loves most about the game.

“Playing alongside my brother is an experience that a lot of people long for, but I’ve been blessed to have him by my side since we were in kindergarten,” said Brantley. “Our senior class is small, but we get along without any problems and want to have a great year.”

Last season Walker was a Daily Leader All-Area selection after making 78 tackles during his junior campaign. On offense he lines up as a tight end.

Loyd Star will look to keep their record perfect Friday when they travel to face the Salem Wildcats on the road.