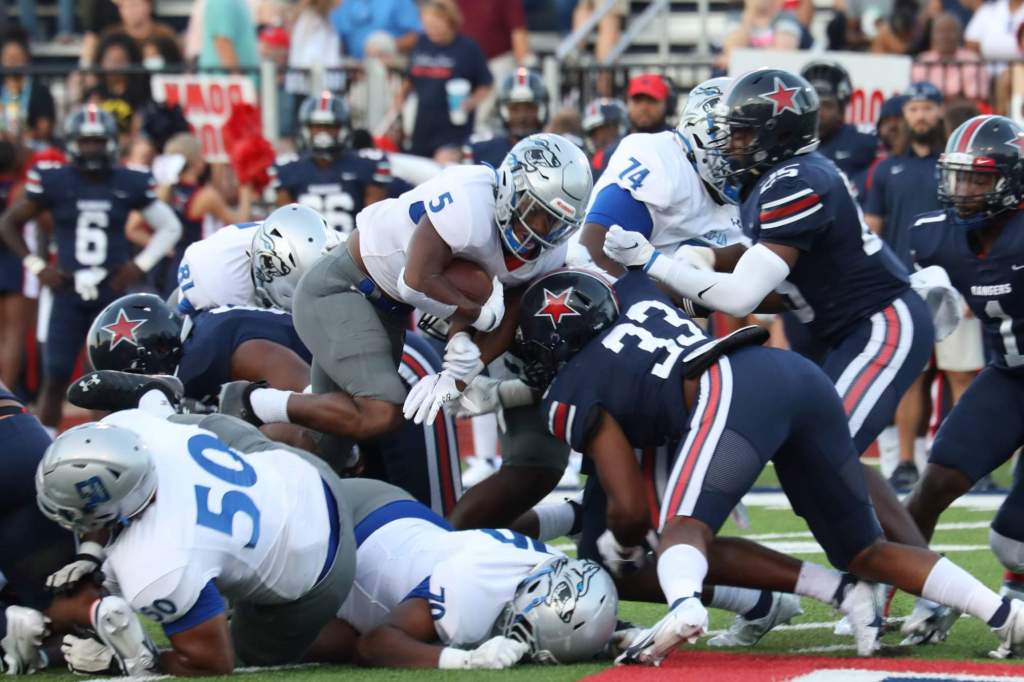 Photo by Co-Lin Sports Info Co-Lin sophomore running back Drexlan Allen tries to go through the middle of the Northwest defense last Thursday in Senatobia. Allen and the Wolves are back on the road this week as they travel to Fulton to play the Itawamba Indians.

Copiah-Lincoln head football coach Glenn Davis knows the adage that a team makes its biggest leap in improvement between the first and second games of the season is one rooted in truth.

That’s what Davis said he was most looking forward to after Co-Lin dropped their road opener last week at No. 3 Northwest. He wants to see an improved, sharper team when the Wolves make the long trip to Fulton on Thursday to take on the Itawamba Indians.

Both teams are searching for their first win of the season as ICC lost 41-35 in Summit to Southwest Mississippi on Saturday.

In that game, Southwest jumped out to a 24-0 lead before ICC scratched back to take a 28-27 lead. The game featured plenty of offense as Itawamba passed for 355 yards and rushed for 120 more on the ground. Southwest had 344 yards through the air along with having a punt and kickoff return for scores.

CLCC generated just 153 yards of total offense in the loss at Northwest. The season opening loss was the first since 2018 for Co-Lin and just the fifth all-time in the 18 seasons Davis has been head coach in Wesson.

Kickoff in Fulton is scheduled for 6:30 p.m.