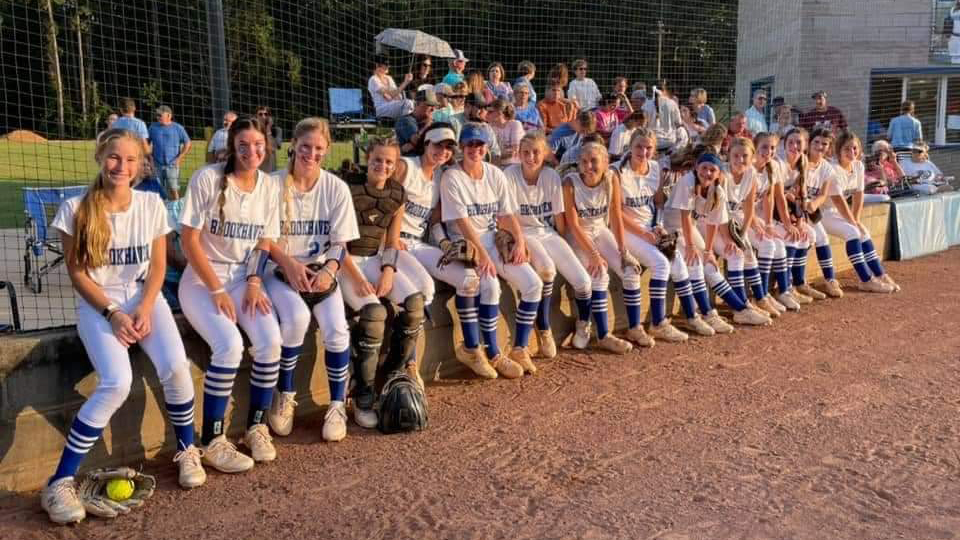 Photo submitted The Brookhaven Academy softball team will host their annual tournament Saturday at the Hansel King Sports Complex. BA takes the field at 10:30 a.m. against Central Hinds Academy and at 6 p.m. against Clinton Christian Academy

The annual softball tournament hosted by Brookhaven Academy will bring an influx of visitors to the area Saturday.

Held at the Hansel King Sports Complex, tournament play begins at 9 a.m. and the last set of games are scheduled to be played at 6 p.m.

Brookhaven Academy come in with a 16-3-1 overall record for coach Becky Flowers. The team has won three straight games, all by big margins.

BA recently pounded Columbia Academy in a pair of games, winning 14-3 and 11-1. They whipped Oak Forest Academy 11-1 earlier this week in a district game.

The win over Oak Forest was also the celebration of senior night for the team. Seniors Madison Moak, Abby Grace Richardson, Bailee Goodson, Emily Claire Ruffin and Riley Ruffin were honored on the occasion.

Moak, Richardson and Bailey Park all had a double each.

In the pitching circle, Felder struck out four and walked none on 54 pitches across five innings. She gave up just one hit and one earned run.

Looming large is a Sept. 14 matchup at Silliman Institute for BA. Silliman won the first game between the teams in Brookhaven by a 6-4 final score on Aug. 24.

Silliman also dropped one of their two matchups with Bowling Green School this season. That gives both SI and BA one district loss. A win for BA over Silliman next week and a win against Bowling Green in a game rescheduled due to Hurricane Ida and the Cougars will be district champs.

The rescheduled game at Bowling Green will be played Sept. 21.

BA will play next weekend in a tournament put on by Jackson Prep in Magee. They’ll also travel to play at Amite School Center on Sept. 20.