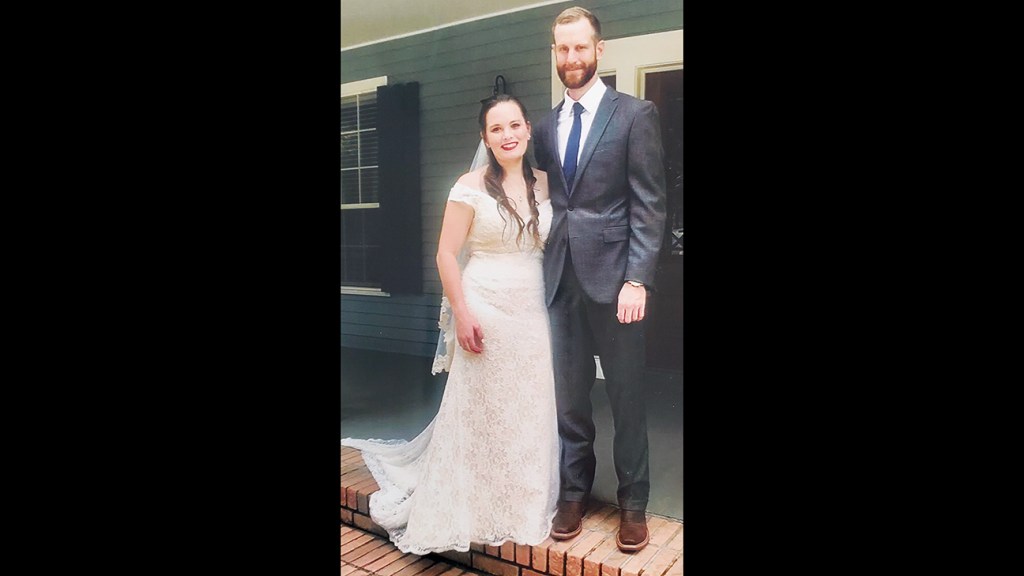 Surely the presence of the Lord was felt at the lovely outdoor wedding of Kevin Michael Smith of Mendenhall, MS, and Jessica Suzanne McCallum of Central, LA, on July 10, 2021. The 6 p.m. ceremony was held on the front porch at the home of Brenda and Bruce Smith, parents of the groom, in Brookhaven, MS.

Jessica is the daughter of Dana and Bill Boeneke, of Prairieville, LA, and Eric and Loretta McCallum, of Beaumont, TX. Jessica’s grandparents are Faye and Clay Durbin, of Central, LA, Bonnie McCallum and the late Danny McCallum of Bueche, LA, and Pamela and Albert Sanchez, of Port Allen, LA.

The bride was escorted down the front door walkway by her father, with family and friends seated on each side of the walkway. Jessica was given away by her mother and father.

Attending Jessica as Maid of Honor was her sister, Elise McCallum. Bridesmaids were Emily Tong and Hayley Zimmerman. Flower girls were nieces of the bride, Kensley Tarver and Kennedy McCallum. Kevin’s father, Bruce Smith, served as his Best Man, and Kevin’s brother, Jeff Smith, as his groomsman.

Reading Scripture during the ceremony were nephews of the bride and groom, Briggs Smith, Nicholas Tarver and Tucker Smith. Ella Daniel, niece of the groom, read Scripture at the beginning of the reception.

Guests were invited to the outdoor reception on the side yard of the home after the ceremony, and were served delicious jambalaya and a variety of side dishes. A beautiful three-tier wedding cake, baked and decorated by the bride, and a unique groom’s tree cake, designed and built by the groom, were the highlights of the reception.

After a honeymoon trip to Arkansas, the couple now resides in Mendenhall, MS. 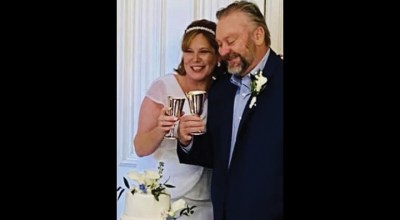 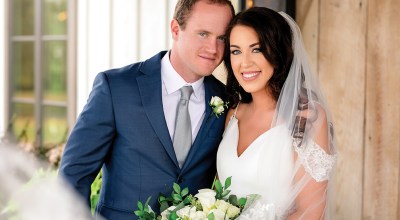 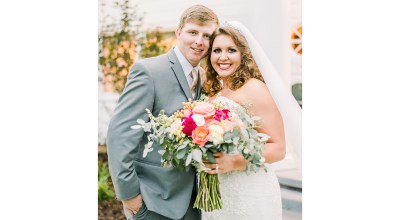 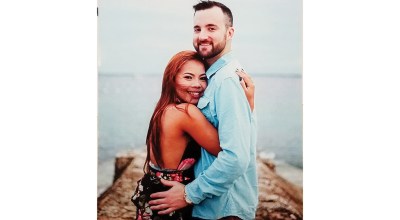