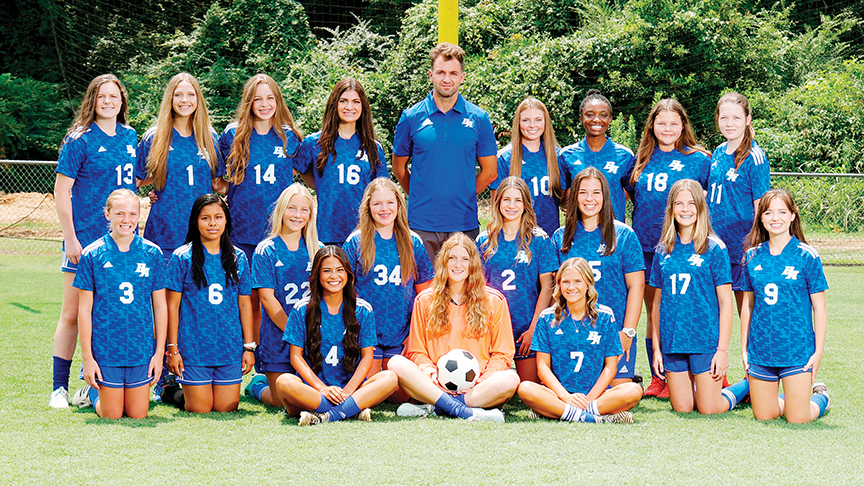 The Brookhaven Academy girls’ soccer team got a pair of goals from both AnnElise Rounsaville and Anna Caroline Adams Monday night to take a 4-1 win over Oak Forest Academy on R.M. “Red” Stuard Field.

The win moves the team and first year head coach Alex Brown to 16-4-1 on the season. The Lady Cougars competes in Division II of MAIS soccer and plays in the South Region alongside Adams County Christian School, Cathedral School, Copiah Academy and Oak Forest.

The lone region loss this season for BA was a 3-2 double overtime defeat to ACCS in Natchez.

Brookhaven will get a chance to avenge that match Monday when they host the Rebels. BA also hosts Copiah on Tuesday of next week.

Sophomore Mallory Martin has score 12 goals on the season to lead the BA offensive attack alongside Adams and Rounsaville.

Senior goalkeeper Amelia Anding has also been a lights-out leader for Brown in the net. She’s had 12 matches without surrendering a goal this season.

Brown mentions Kate LeBlanc, Karen Hernandez, Reagan Fortenberry, Ainsly Orr and Olivia Case as players that contributed to the midfield and helped push the attack forward all season for BA.

The regular season wraps up for the Lady Cougars on Sept. 28 with a trip to play at Cathedral. The top two teams from each region make the MAIS playoffs.