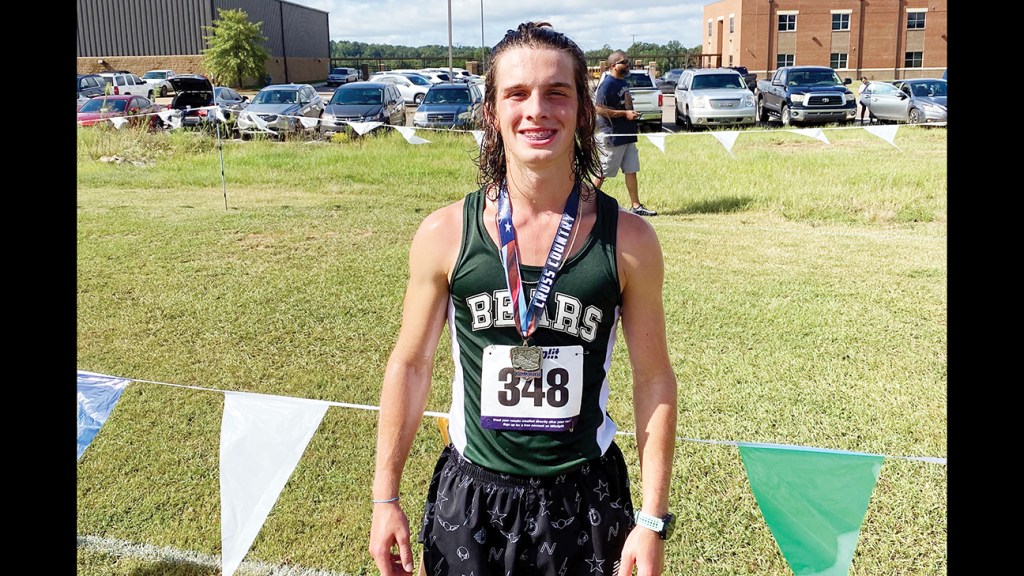 West Lincoln senior Chase Spring has run the cross-country trail at Northwest Rankin High School more than a few times during his career and he loves it, despite how difficult the course can be.

“I love running races here,” said Spring. “It’s like a bike trail that drops off and has some really steep hills. It’s one of the most trail-like courses and I always look forward to coming here.”

Saturday at NWR Spring finished sixth overall at the Fleet Feet Invitational. The varsity boys’ race had 74 runners competing on the 5K course that sits at the new campus of Northwest Rankin High, which was previously where the middle school was located.

Spring finished in a time of 21 minutes and four seconds. Earlier in the week he ran a 18:36 to finish third at a race hosted by Jackson Public Schools at Choctaw Trails.

On Sept. 11 Spring had been one of the many runners who took to the Northwest Rankin course for the 9/11 Memorial Meet. That day he ran a 19:14 and finished 14th overall in a large field.

Between the 9/11 Meet and the Fleet Feet Invitational a week later, the trail had been soaked by nearly non-stop rain. Spring says that had an effect on everyone running Saturday.

“There is a mix of everything on this loop,” said Spring. “There are some sandy hills that you really have to fight to get up and the added mud made it a little more difficult than it was last week.”

Last year as a junior, Spring finished fourth overall in the MHSAA 2A State Championship Meet. That day he ran his best race of the season, finishing with a time of 18:07 at Choctaw Trail.

If you’ve driven out towards West Lincoln’s school buildings or the surrounding country roads, odds are you’ve seen Spring putting in practice miles over the last few years.

The Bears are led by first-year cross-country coach Jay Case. Greg Allen, one of the fathers of the sport at the school, is assisting Case this season.

“The first real practice we had, Chase ran our trail and then took off down Jackson Liberty Road when we were finished,” said Case. “When he got back, we had to talk about how his longest road runs are going to come outside of practice, because there is no way for me to account for how people drive, and my job is to keep him safe.”

Spring laughs when he hears that retold.

“I think people are used to seeing me run in the community,” said Spring. “I’m friends with the seniors at Brookhaven High and I use the same training schedule they do. If I’m running 13 or 14 miles on a Sunday, I’m going to be watching for cars, even if they aren’t watching for me.”

When cross-country season ends, Spring will be on the soccer pitch for West Lincoln and in the spring, he runs distance races for the track team. He’s currently helping coach a youth soccer team in the Brookhaven Recreation Department league two nights a week as well.

The 2021 cross-country season goes all the way through the month of October as Spring and his teammates will compete in the 2A Championship Meet on Nov. 6 at Choctaw Trails.

He isn’t satisfied with his results of late and points to difficulties breathing as a reason why. Spring has asthma and had to use his inhaler on the course Saturday as the cool morning quickly turned muggy and humid.

“I’m just not getting a good breath right now,” said Spring. “It feels like I’m fighting how I’m breathing the whole time. It’s something that’s been a problem for me in every race this season so far.”

Junior William Fugate of Madison-St. Joe won the varsity boys race with a time of 18:20. Jon Smith of North Pike was second overall with a time of 18:56. Smith ran to the finish line in a dead sprint. After recovering, he talked with his friend Spring about what went right or wrong in their runs.

West Lincoln along with many other area schools will run again Saturday in a race hosted by Clinton High School.

Wesson junior Hannah Meredith was the top local finisher in the girls 5K varsity race, as she finished 19th overall with a time of 29:11. Her eighth-grade teammate Macy Loy (29:36) finished in 21st place.

Seventh-grader Cooper Wallace (12:37), running for Brookhaven High, was the fourth overall finisher in the junior high 3K race on Saturday. His teammate Ian Iles finished eighth overall with a time of 13:17.

Brookhaven was second as a team in the 3K junior high girls’ race that had five schools competing.