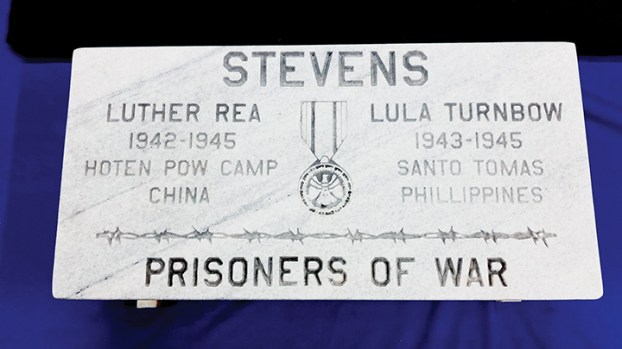 Photo submitted A plaque honoring the Stevenses’ sacrifice will be placed in the Wesson Cemetery. 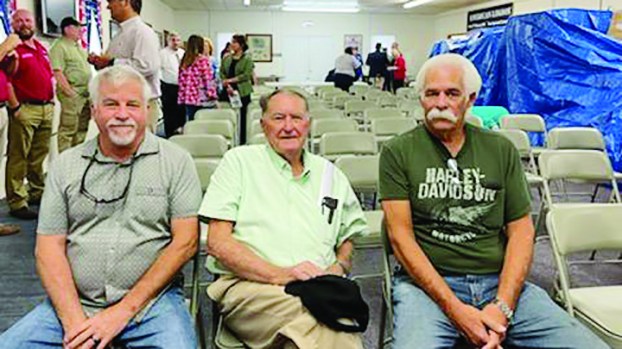 A memorial for two Wesson prisoners of war was dedicated Friday.

On Friday, National Prisoner of War/Missing in Action Day, members of the Veterans of Foreign Wars Capt. Daniel D. Entrican Post 2618 and American Legion Post 79 conducted at ceremony at the Wesson American Legion building in their memory.

“Before us is the name of two brave individuals, Luther Rea Stevens and Lula Turnbow Stevens, who served our country during World War II. May this marker be a symbol of honor and respect, so they may remain alive in our minds and hearts since we know they have been called to the bosom of our Heavenly Father,” Johnson said just before the marker was unveiled by VFW members.

“In the named of Capt. Daniel D. Entrican Post 2618, Veterans of Foreign Wars of the United States, Department of Mississippi, we dedicate this marker, so all may see the names of these brave individuals who served with the fighting forces of our great nation,” Johnson said. “May their noble deeds live forever. ‘You are not forgotten.’”

Johnson also led a tribute to others who were POWs or missing in action.

“We must not forget the sacrifices these comrades are still making and the suffering they are still enduring for us and our way of life,” he said. “They must remain alive in our minds and hearts until we know they have been called home to our Father in heaven. We must continue to give moral support to their families who continue to suffer along with them.”

The memorial plaque is scheduled to be placed at the Wesson Cemetery Saturday, Sept. 25. It was not placed on the day of the dedication due to inclement weather.