Citizens address Board of Supervisors on roads, speeding 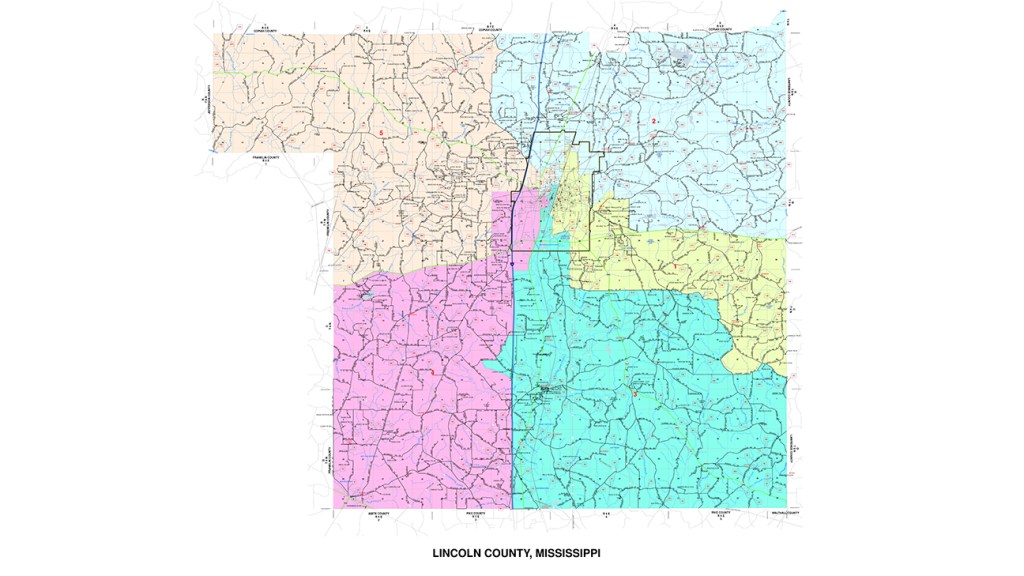 Some Lincoln County citizens are concerned over road conditions and speeding near their homes, and expressed those concerns this week to the county’s Board of Supervisors.

Cynthia Price said she asked the board in 2018 for help with the condition of the road that passed her home in the northeastern part of the county in District 2, where Jerry McGehee is now supervisor. McGehee was elected to the seat in 2019. Price said she was told logging companies were supposed to pay for repairs to the road, but the roads had not been repaired.

“It hasn’t changed in three years, and it’s like that for about 120 yards on each side of my driveway,” Price said. “I have nothing against loggers, and I understand they are a vital part of our economy. I just want the roads fixed and I want them to slow down.”

Price showed photos and a short video of trucks passing her property, one at what she said was around the posted speed limit of 20 mph and one traveling at a higher rate of speed. She also shared a photo of tire tracks in her front yard where she said a log truck had taken the curve too fast and came into her yard.

“I lost a dog a few years ago. What if a school bus was stopped out there, or my grandchildren were out there?” Price said.

“I told her I had the right to slow (the trucks) down in front of her house. Am I right?” McGehee asked board attorney Will Allen.

“You have the right,” Allen answered. “But how are you going to enforce it?”

Price asked if she took photos of license plates or submitted videos, could the Lincoln County Sheriff’s Office do something about speeders.

Chief Deputy Johnny Hall, who was present at the board meeting, said he could not verify from video or photos how fast a vehicle was traveling and testify in court or by affidavit as to that vehicle’s speed.

“I don’t have enough deputies to have somebody sit out there or anywhere all day or for a long period of time to enforce the speed limit,” Hall said. “They are going to wind up getting called away. We just don’t have enough people to do that, and we are not permitted to use radar.”

Mississippi law prohibits the use of radar speed detection equipment on any public street, road or highway except by the Mississippi Highway Patrol, according to MS Code § 63-3-519 (2013). While there are some exceptions, Lincoln County does not meet those.

Bobby and Chris Thornhill also addressed the board about road maintenance, saying their area suffered from severe potholes and a lack of right-of-way mowing, resulting in drainage issues and poor visibility at intersections on a section of roadways that were in both Districts 1 and 2, with supervisors McGehee and Jerry Wilson.

“It’s terrible for Lincoln County roads to be in that shape,” Bobby Thornhill said. “We’ve got supervisors. I like both of y’all, but we’ve got to get something done. Y’all need to work together on that, please.”

McGehee and Wilson said they would get their crews to address the issues mentioned by the Thornhills. Allen said the board would take under advisement the matters raised by Price, and see what steps could be taken to address the problems.

“Thank you. Please do,” Price said.