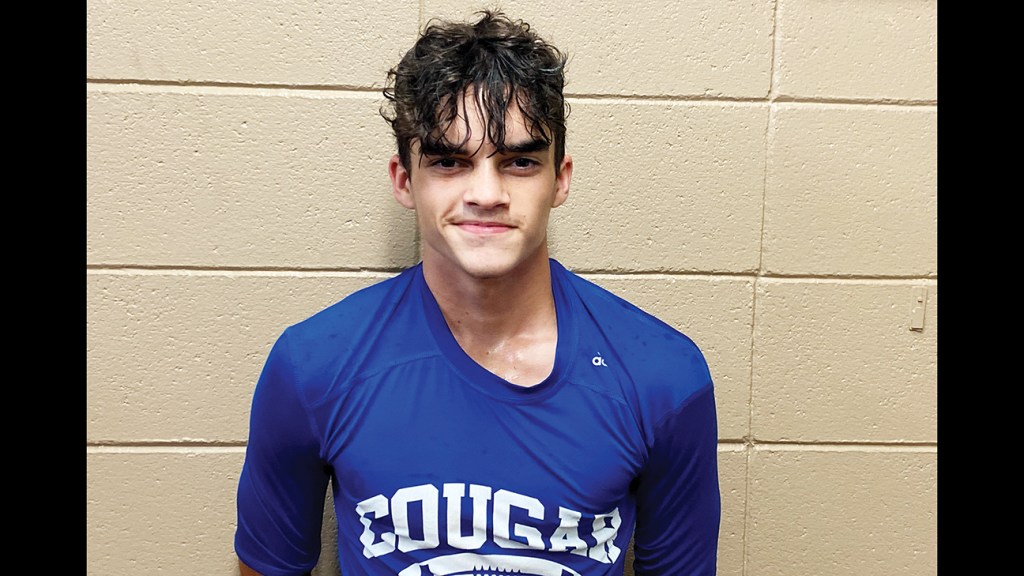 File photo BA’s Logan Alexander has been named Offensive Player of the Week.

The homecoming matchup between Brookhaven Academy and Hillcrest was over soon after it started last Friday. The Cougars from Brookhaven ran out to a 41-0 halftime lead and won by that advantage after a running clock was used in the second half.

Brookhaven Academy senior wide receiver Logan Alexander made sure the HOCO crowd had something to cheer about when he returned the opening kickoff 82-yards for a score. Just over three minutes later he hauled in a 44-yard touchdown pass from senior quarterback Tyler Fortenberry.

Alexander’s big night in front of the homecoming faithful has earned him The Daily Leader Offensive Player of the Week.

The contribution of Alexander in 2021 is one of a player that’s making the most of his opportunity in his final season of high school football.

Last season Alexander didn’t catch a pass for the Cougars and played mostly on defense and special teams, but this year he’s become one of Fortenberry’s top targets.

His effort against St. Aloysius earlier in the season was a huge part of BA winning that game 33-27 on the road. He caught a 69-yard touchdown pass from Fortenberry on the first play of the game.

The biggest catch of the night that game for Alexander was a deflection in the fourth quarter that tied the game up at 27-27 for BA. Fortenberry threw a fastball into the endzone and the ball bounced off two St. Al defenders and a BA receiver in a collision.

Alexander was waiting in the back of the endzone and grabbed the ball out of the air for a 6-yard touchdown catch.

Also, a strong soccer player, Alexander is one of the schools top returning scorers on the pitch as well. Having him on the roster as a backup kicker and punter behind starter Corey Case gives coach Anthony Hart depth at those positions that most teams don’t have available.