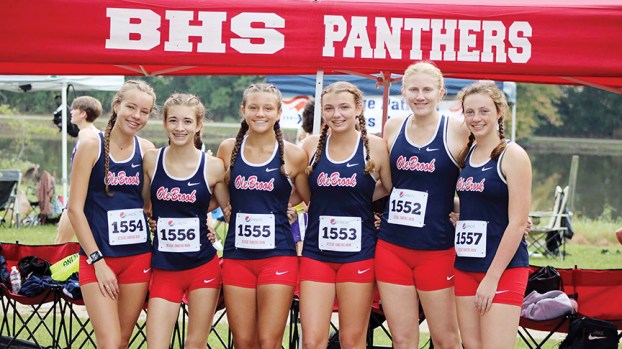 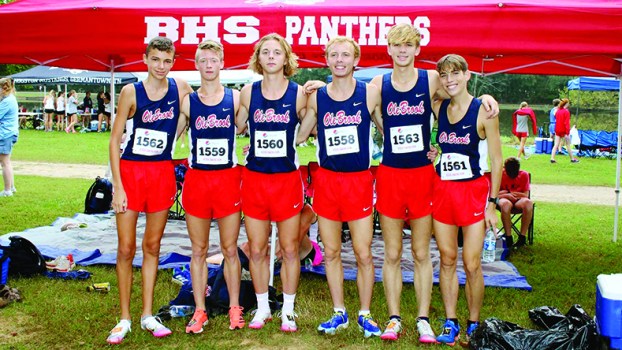 It was a day of personal bests for the Brookhaven High boys’ cross country team Saturday at the Jesse Owens Classic in Oakville, Alabama.

The boys Gold Division race featured 35 teams and a combined 249 runners as it served as the elite-level run of the event.

Coach Shannon Knott’s BHS team closely trailed Brentwood by six points to finish sixth overall. The Panthers were the only team from Mississippi running in the Gold Division and in doing so, became the first team from the state to ever compete in that race.

Miles Brush of Chelsea High was the overall winner at 15 minutes and 10 seconds on the 5K course through the Oakville Indian Mounds Park.

Senior Grayson Childress was the top finisher for BHS as his time of 15:40 was a personal best. Childress ran a 15:40.40 in the Ole Brook Invitational to start the season and shaved it down to 15:40.11 in Alabama.

His finish was good enough for 14th place. Senior Sam Arnold was the 19th finisher overall for BHS with a time of 15:49.

Arnold knocked 10 seconds off his previous personal best that was also clocked at the Ole Brook Invitational.

Another Panther who took their PR way down was senior Jake Thompson. Thompson was the 37th finisher in a time of 16:18. He’d run a 16:31 back at the season opening invitational.

Senior Trey Knott went under 17 minutes for the first time this season as he finished 76th overall with a time of 16:51 Saturday. Twice this season Knott hit 17:14 in a race but blew that mark out of the water with his performance in Oakville.

Collin Kellum finished 100th overall and like his four fellow senior teammates, he ran the race of his life on Saturday. Kellum finished in a time of 17:13 after previously posting a season best time of 17:46 at the Ole Brook Invitational.

Sophomore Wyatt Scott was the only non-senior to make the trip for the BHS boys. His 18:41 finish was also a career best, topping the 19:12 he ran on Choctaw Trails earlier this season.

The day was filled with 12 different races spread between schools of various sizes and strengths along with junior high races for both boys and girls.

A combined 3,186 runners raced in the event.

“To place where we did among some nationally ranked teams is a great accomplishment,” said Shannon Knott. “Our school has an enrollment of less than 800 students while most of the schools we were competing against had a minimum of 1,600 students and some had upwards of 2,500 students. That gives you a huge advantage when selecting a team. To say that I am proud of how this group of boys are running is an understatement.”

The Ole Brook girls ran in the Silver Division which consisted of 40 schools. Senior Ellie Slay was the top finisher for BHS on the 5K course with a time of 22:22.

Freshman Ella Thompson took off last week when BHS ran at the Clinton Invitational. Saturday, Thompson knocked 23 seconds off her previous personal best with a finish of 22:24.

Fellow freshman Annabelle Summers was the next finisher for BHS with a time of 22:31. Senior Merrittt Wolfe set her new personal best last week at Clinton and then took that even lower with a PR finish of 23:33 in Alabama.