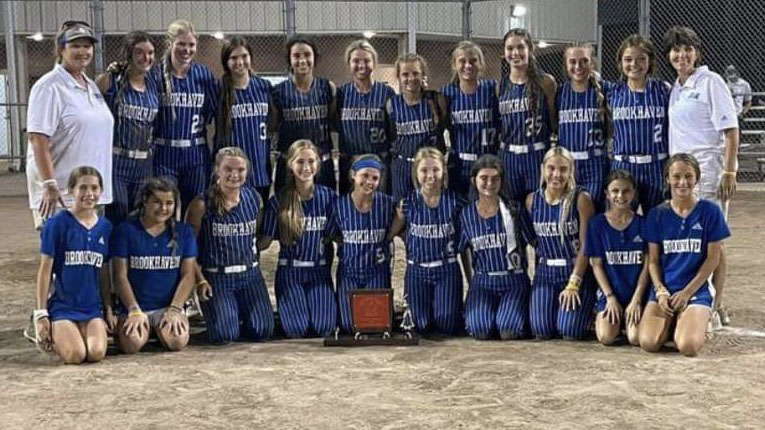 Photos submitted The Brookhaven Academy softball team plays in the third and final game of the MAIS 5A State Championship Series today at home. First pitch against Silliman Institute is scheduled for noon.

The Brookhaven Academy Lady Cougars (31-6-1) will face Silliman Institute today at noon in the third and final game of the MAIS 5A Softball Championship Series.

Wednesday in front of a huge crowd of BA fans, the team took a 7-2 win over the Lady Wildcats from Clinton, La.

BA head coach Becky Flowers told her team after that game that they shouldn’t expect Silliman to just roll over and lay down when the series moved to their home field for game two.

Flower’s squad struck first in game two as a Kensy Covington single scored Abby Grace Richardson to put BA up 1-0 in the third inning. The lead could have been more though as the Lady Cougars left the bases loaded to end the half-inning.

Two errors by BA in the home half of the third became part of a big SI inning that put the Lady Wildcats ahead 4-1.

The bottom half of the BA lineup responded quickly as eighth grader Miriam Wallace singled to lead off the fourth and then freshman Alayna Daigle hit a single herself. Both underclassmen scored later in the inning on a Richardson hit that resulted in an error and cut the lead to 4-3.

That was as close as BA would get though as Silliman added an insurance run in the fifth on the way to the 5-3 victory.

Camryn Sibley pitched the win for SI while striking out four and walking five. Sibley gave up five hits and one earned run. Emily Claire Felder suffered the loss as she struck out six and gave up one earned run on six hits.

The game Saturday will be the eighth meeting between Silliman and Brookhaven Academy.