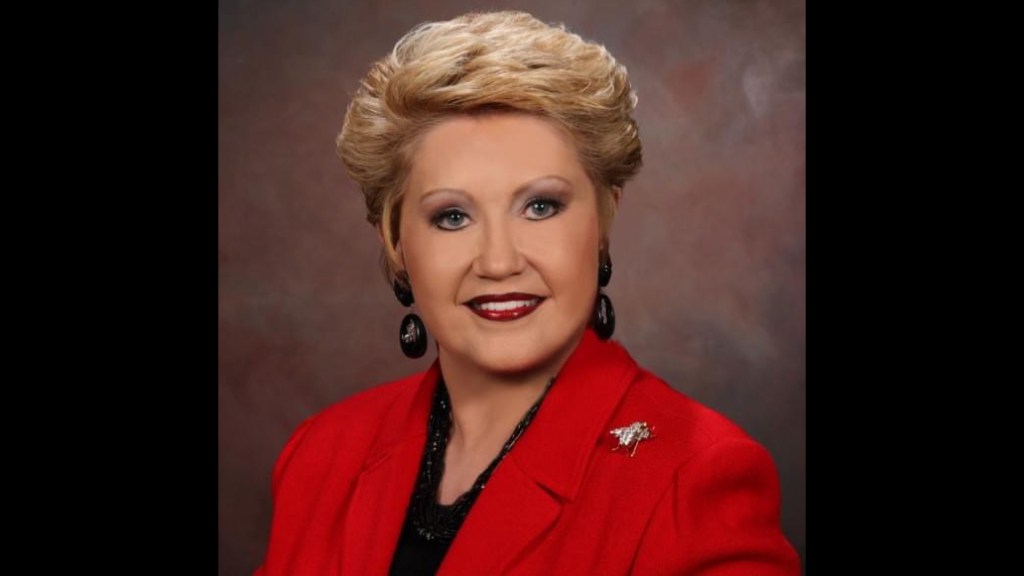 Patricia Ann Moak Fortenberry of Fayetteville, North Carolina — originally of Bogue Chitto — has been selected as Copiah-Lincoln Community College’s 2021 Alumna of the Year.

Fortenberry, a 1961 graduate, will be recognized during homecoming Thursday, Oct. 28, at the Alumni Associate Awards Reception at 3:30 p.m. in the Thames Center on the Wesson campus.

At Co-Lin, Fortenberry was a member of the Young Women’s Christian Association, Baptist Student Union, 4-H Club, Future Teachers of America and Chemistry Club, and was president of the Home Economics Club. After Co-Lin, she attended the University of Southern Mississippi. Upon graduation, she briefly worked as a social worker and home demonstration agent before becoming a stay-at-home mom dedicated to raising her two children.

In 2005, she was recognized as the No. 1 sales representative for the company and had more than 30,000 people in her organization, bringing in more than $40 million in retail sales annually. Fortenberry has earned 17 Mary Kay pink Cadillacs and appeared on ABC’s “Good Morning America” with Mary Kay. She retired from sales in 2006.

Fortenberry then signed a contract to travel internationally for Mary Kay to speak to and train sales managers in new markets worldwide and is actively involved in the company’s global expansion. She authored and published “More than Makeup,” which coaches and inspires other sales people throughout the world. She is recognized as an elite executive national sales director emeritus and a member of the National Speakers Association. She and her husband Charles have two children and five grandchildren.