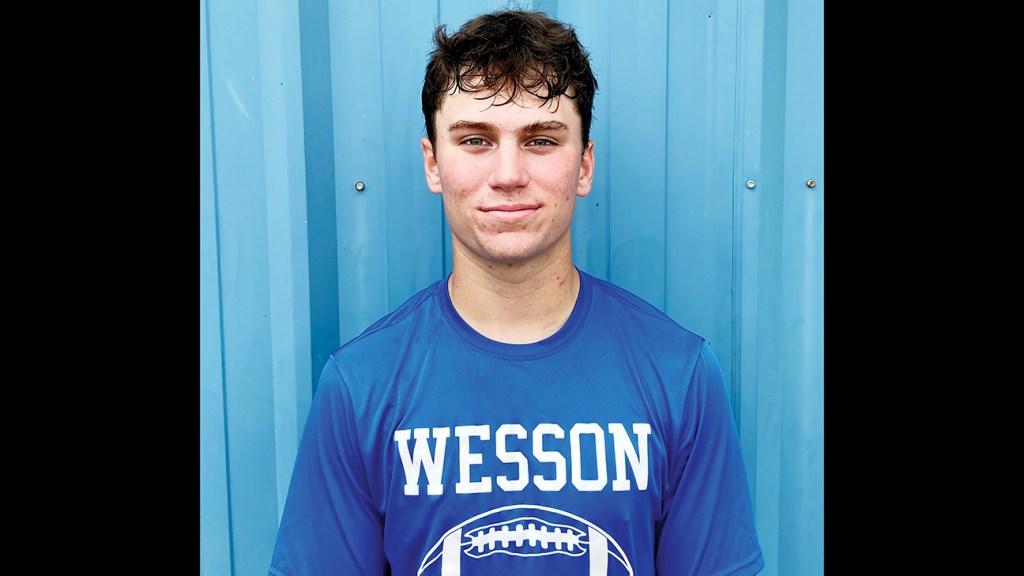 File photo Wesson junior quarterback Will Loy has been named The Daily Leader’s Offensive Player of the Week.

Two weeks ago, in the opening region game of the season, quarterback Will Loy and the Wesson offense struggled to move the ball.

The Hazlehurst Indians swept through the line in waves to hold the Cobras to just 135 yards of total offense in a 45-0 loss.

Facing an equally talented Raleigh team last week, Loy bounced back and had his best game of the season. The junior signal caller went 15-of-31 for 305 yards and four scores. For his play Loy has been named The Daily Leader Offensive Player of the Week.

The problem for Wesson wasn’t moving the ball but stopping the Lions from moving it themselves as Raleigh took a 62-32 win.

Loy hit six different receivers on the night, led by junior Tarayvian Miller who caught four passes for 80 yards and a touchdown.

Getting the passing game clicking has been a work still in progress for Loy and his father/head coach Jeremy.

Last season Wesson had 11 different receivers catch passes and nearly all of them are gone via graduation, transfer or injury.

Hailey caught five passes last season and that was most among anyone who caught a pass against Raleigh.

That’s one reason that Loy’s numbers are down in 2021, another being the step up in competition as Wesson has returned to the 3A classification this season.

Region 6-3A is loaded with talent. It’s the home of Wesson, Hazlehurst, Raleigh, McLaurin the defending 3A state champion Magee Trojans and this week’s opponent for the Cobras — the Crystal Springs Tigers.

Crystal Springs has a force at the defensive end position in 6-foot-3, 252-pound senior Trevion Williams. Williams has been committed to Florida State, but recruiting rankings have him shifting to possibly changing that to Ole Miss in the future.

Jeremy Loy knew there would be tough nights this season as the Cobras lost lots of talent while also leveling up in competition. He also knew his son and the team plan to keep building and improving so that next year they’ll be the hammer more than the nail.