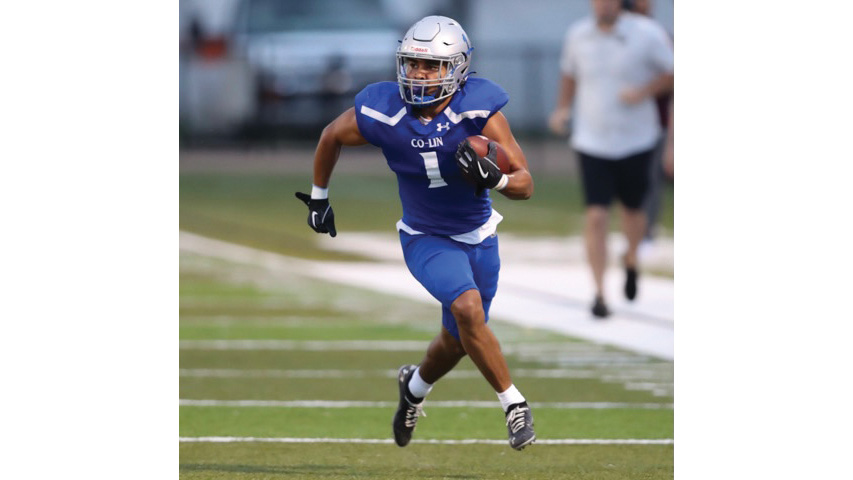 The Copiah-Lincoln Wolves (3-4) broke a 2-game losing streak Thursday with a 20-17 overtime win against the East Central Warriors in Decatur.

The Warriors staked an early lead on a punt-return TD and that 7-0 advantage was how things sat at halftime.

It was the CLCC defense that got Co-Lin on the board as freshman defensive back Ques McNeal (Choctaw County) returned an interception 80-yards for a score in the third quarter. It was the third interception of the season for McNeal who’s already picked up one MACCC Player of the Week honor this season.

The Wolves have struggled with PAT kicks all season though and had the attempt blocked as EC led 7-6.

The fourth turnover of the game by Co-Lin set up a short field for East Central as they went ahead 14-6 late in the third quarter.

With 2:02 remaining in the game Co-Lin put together a game tying drive that covered 80-yards in 10 plays.

Hargrave then found receiver Tyquan Henderson (Canton HS) on the 2-point conversion to tie the game at 14 with just 31 seconds remaining.

It would be the Hargrave to Rodgers connection that gave Co-Lin the win in overtime.

East Central hit a field goal on their possession to go ahead 17-14. CLCC needed just two plays for Hargrave to find Rodgers on a 12-yard game-winning score.

Co-Lin is back in Wesson on Thursday as they host the no. 5 East Mississippi Lions.