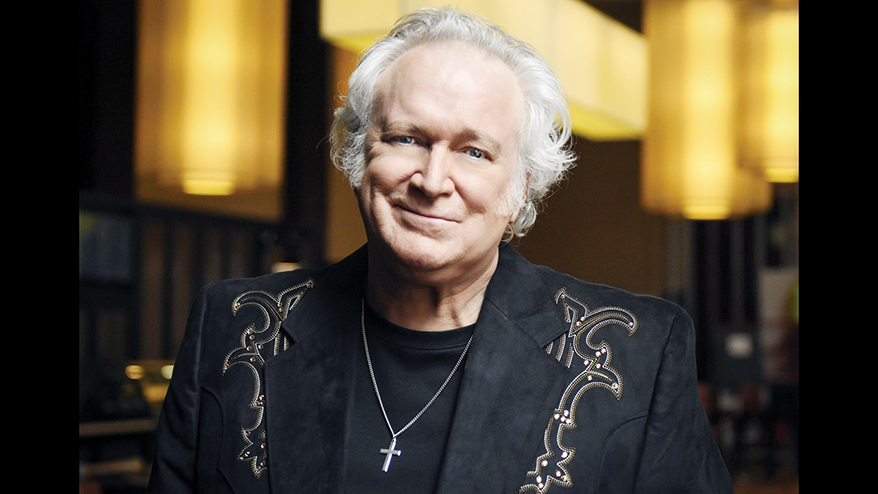 Photo submitted Singer-songwriter T. Graham Brown will join other headliners such as T.G. Sheppard and The Kentucky Headhunters at the 2021 Homochitto River Festival.

Brown has been performing since the 1980s. His first single was “Drowning in Memories,” and the Top-40 hit helped him establish him as a singer. His first number-one song came a few years later with “Hell and High Water,” followed by chart-toppers “I Wish that I Could Hurt That Way Again” and “Don’t Go to Strangers.” Then he was introduced into gospel music circles with his 1998 release about his battle with alcohol, “Wine Into Water.”

The festival will have three stages with nearly two dozen performers all across the day. Featured performers include T.G. Sheppard, Moe Bandy, Ronnie McDowell, Janie Fricke and The Kentucky Headhunters.

The Saturday festivities are 8:30 a.m. until 8 p.m. on Main Street in Meadville. There will be a pet parade with prizes; the 2021 Miss Homochitto River Festival Pageant 1-3 p.m.; Clash of the Cooks cookoff beginning at 7 a.m., with $10 tasting tickets available at noon; a petting zoo; book signing by author Hollis McGehee; an expected 250 booths of food and arts and crafts; and the Homochitto River Race and/or 5K Run, with registration at 7 a.m. and kicking off at 8 a.m.

Though he’s played in Mississippi many times, this will be Brown’s first visit to the River Festival.

“I have some close friends who live in Natchez who have been telling me about this for a couple of years now,” Brown said. “We’re genuinely excited about coming.”

He loves to sing and perform but the artist is also looking forward to connecting with his Mississippi friends and friends in the business.

“I’ll get to talk to Richard Young (of The Kentucky Headhunters) and I’ll see Ronnie McDowell, Janie Fricke, Mo Bandy and T.G. (Sheppard) and Ronnie McDowell — I’ve been knowing all these guys for over 30 years,” he said. “It’s going to be fun, man.”

But Brown is also looking forward to one more thing at the festival — fresh, hot pork skins.

“Man, I love them things,” he said. “If someone is there making them, you can bet I’m going to get some. And if somebody gives me some, I may be willing to give them a plug from the stage.”

Brown will bring a full band with him and they will play all the hits. He said festival-goers can expect the songs to be easily recognizable, but probably a bit different from the original album recordings.

“The way we do these songs live, they’ve kind of morphed over the years. They’re not exactly like the records are,” he said.  “But the key is we have fun playing. I’ve been doing them so long but honestly I still love singing these songs, man. The way I look at is these are what brought me here and it’s what keeps me going.”

His new album which dropped in stores and online platforms Oct. 9, entitled “Bare Bones,” is his first acoustic-only album, featuring stripped-down renditions of his biggest hits.

“It’s a totally different listening experience,” Brown said. “I’ve been wanting to do this a long time so when we were shut down with COVID it was a good time to do it.”

In addition to the recent release, Brown is working on a new gospel album and a soul tribute record with some guest artists.

The singer, who turns 67 the week after the festival, said he’s very grateful to God for keeping him healthy and allowing him to keep his voice where he can still sing and keep doing shows.

“I’ve got the best job in the world,” Brown said. “I get to make people happy for a living.”