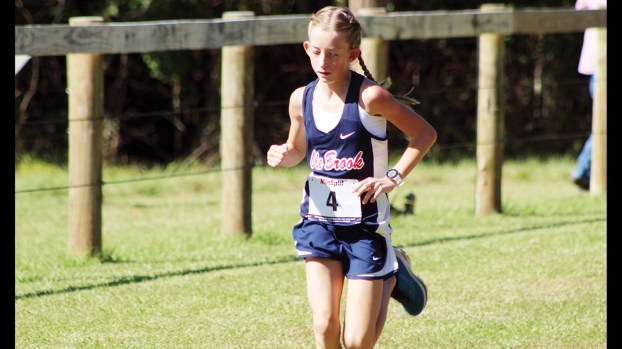 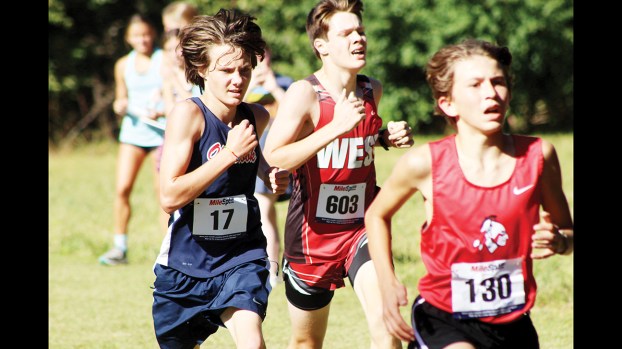 Photo by Cliff Furr Cooper Wallace (No. 17) battles with runners from Corinth and West Lauderdale Tuesday at the MHSAA Middle School Cross-Country Classic. Wallace surged ahead of both competitors to finish in fourth place for Alexander Junior High.

Alexander Junior High seventh-grader Isabella Iles was the top finisher out of 103 racers Tuesday at Choctaw Trails. Iles was representing AJHS in the MHSAA Middle School Cross-Country Classic, an event held every year as a state title race for middle schools and junior high teams from all over Mississippi.

Running in the Medium-Sized School Division, Iles covered the 3K course in 12 minutes and 33 seconds. Abby Summers of Corinth finished second with at time of 13:03.

The previous Saturday Iles ran a 12:25 on the same course to finished third overall in a field of 155 competitors at the Watson Ford Invitational.

St. Patrick edged out Corinth for the team title while Alexander came in third overall out of 12 teams.

Seventh-grader Cooper Wallace was the top finisher for Alexander in the boys’ 3K race. Wallace finished in a time of 10:48.16. Wallace came up the hill at Choctaw Trails that leads to the finish line in a shoulder-to-shoulder race with a runner from West Lauderdale and another competitor from Corinth.

Just before the finish line, Wallace hit a kick that put him ahead of both and just .24 seconds in front of Landry Maxwell of West Lauderdale. Wallace was the only seventh-grader to finish in the top 12.

West Lauderdale was the first-place team out of 10 as Alexander finished in fourth place. Seventh-graders Coleman Knott (11:55) and Ian Iles (11:57) finished in 23rd and 24th place respectively for Alexander.

There were 103 runners in the race that was won by Tristan Davis of St. Patrick with a time of 9:55. Saturday in the Watson race, Davis broke the state middle school boys’ 3K record with a time of 9:39 on the same course. 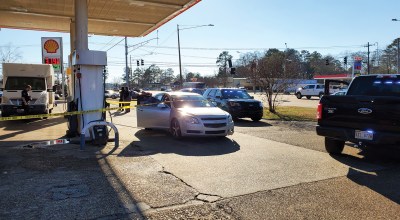