That cranked the anxiety knob to the max for the Brookhaven Academy faithful that had come to see their team play for a District 4-4A title.

Fortunately, that would be one of the few highlights of the night for the visitors from Waynesboro. Wayne Academy didn’t score again until one second remained in the game and that touchdown didn’t make much difference as Brookhaven won in workman like fashion, 35-13.

The long run by Ross didn’t change much for the Cougar defense. They settled in from there on out and kept containment on the fleet footed quarterback the rest of the night. Ross ran for 250 yards last time the teams met when Wayne Academy knocked BA from the playoffs last season.

“I talked to our guys about that today because Ross is really good,” said BA coach Anthony Hart. “I told them if he breaks one early on that we couldn’t worry about it and to just keep playing.”

A 32-yard passing play from Tyler Fortenberry to Rayce Stewart gave the Cougar offense its first spark late in the first quarter. The gain was preceded by BA forcing a punt from Wayne on the drive after Ross’s big run.

After Stewarts’s catch, Fortenberry bulldozed over two Wayne County defenders on a 14-yard touchdown run. The 6-foot-5 Fortenberry looked like a grown man playing yard football with small children as he met two much smaller Jaguar players at the goal line and took them into the endzone with him.

Late in the game one of the Wayne County defensive backs yelled a question to BA junior receiver Trevor Fortenberry.

“Hey, No. 7,” said the WA player sarcastically, “does your brother lift weights?”

Wayne defenders got tired of trying to tackle the much larger quarterback sometime around halftime.

Fortenberry scored three rushing touchdowns on the night, including an 80 yarder in the third quarter. He ran the ball 13 times for 190 yards while also throwing for 151 yards on 13-of-17 passes.

Senior running back John Rivers Brown had his best performance on the ground this season as he carried the ball 18 times for 161 yards. Brown scored the last touchdown of the night for BA with just under 1:30 remaining when he ran in from the 27-yard line.

Brown had done the work to eat up clock on the drive and would not be denied as he hunted his second score of the game with a run that saw him bouncing off WA defenders.

“I’ve been waiting for a game like this all year,” said Brown. “I’ve struggled a little bit and I just gave it my all on that last touchdown run.”

A 6-yard scoring run by Brown gave BA a 14-6 lead with 5:32 remaining until halftime. Brown carried the ball five straight times on that drive as the Cougar offensive line dominated at the point of attack.

Neither team committed a turnover on the night, but a costly penalty by Wayne preceded the Brown score that put BA up by eight. Facing fourth and very long, senior Corey Case was punting for the Cougars when a Wayne defender blatantly ran into him.

The ball returned to BA possession and Brown was soon in the endzone to put his team up a full score.

The final Brookhaven Academy touchdown of the first half was set up by the best pass of the night by Fortenberry.

Alexander caught the pass over his shoulder and never had to check up as a diving Jaguar defender took him down at the 1-yrad line which set up a short Fortenberry rushing score to put BA ahead 21-6 at the break.

Case finished 5-of-5 on PAT kicks. He’s one of 11 seniors on the team that won the first district crown for the Cougars since 2018.

Carter Smith led the BA defense with six tackles, including one for a loss. Smith played linebacker Friday and is a key piece for a BA defense that has gotten better as the season progressed despite losing senior linebacker Trenton Tarver to a knee injury.

“We stopped the run a lot better after they got that first score,” said Smith. “We stayed in our gaps and tackled.”

Jaden Lea added 5.5 tackles as a defensive lineman as did Porter. Both Porter and Stewart had one sack apiece in the win.

The win assures BA of a bye when the MAIS 4A playoffs begin next week as the Cougars will likely be the No. 4 seed and play the winner of the No. 5 versus No. 12 game.

Adams County Christian School will be one of, if not the top seed in the bracket. That’s who BA started their season off with, a game won by the Rebels 46-21 in Natchez back on Aug. 20.

“We’ve come a long way as an offensive line and as a team since that ACCS game,” said Smith.

That’s a sentiment echoed by his head coach.

“We walked off the field after losing at ACCS and we’d taken a pretty good whipping,” said Hart. “We’re a lot better football team now than we were then.”

Hart is in his first season leading the Cougars after retiring at Madison Central. The Lincoln County native has won at every stop in his long head coaching career including a pair of state titles at Lafayette County.

“Coach has been doing this a long time and he’s always been a winner,” said Smith. “He’s someone that’s easy to rally behind.”

For all the gains on the field, Hart is most proud of how his team has shown mental improvement on their way to an 8-2 regular season record.

“They know what I expect now,” said Hart. “Different coaches have different expectations, but they’ve done a great job of adapting to how we want them to focus at practice. I’m proud of them and the fight they’ve shown this season.” 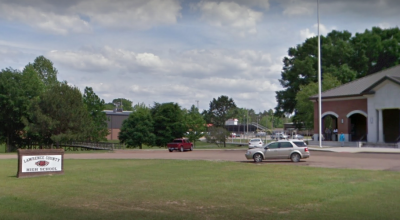 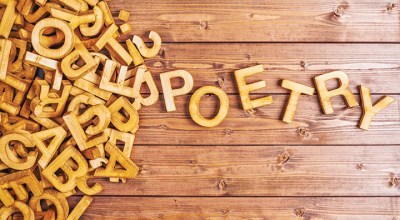