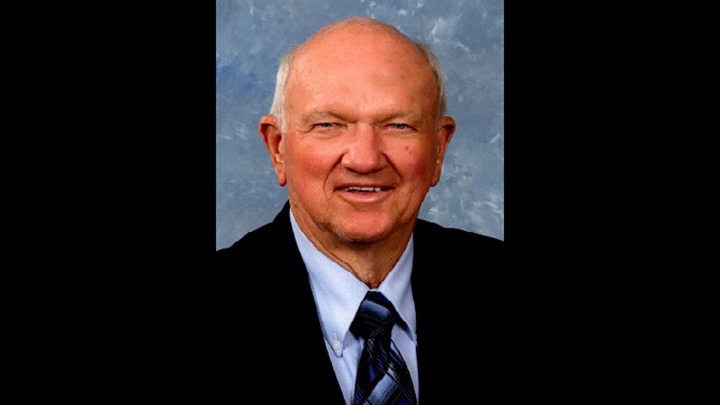 Visitation will be held at the First Baptist Church of Summit on Tuesday, November 2, 2021, from 9 AM until services at 11 AM with burial in Harrisonburg, LA at 2:30 PM. Dr. Larry LeBlanc will officiate with Hartman-Jones Funeral Home of McComb in charge of arrangements.

Marvin was born in Ferriday, LA, on January 3, 1940. He was the son of the late John Marvin Taylor Sr. and Frankie Alberta Scott Taylor.

Marvin was a Registered Forester and a member of the First Baptist Church of Summit. He was raised on a working farm in Jonesville, LA, where they raised soybeans, cotton, and cattle. After high school, Marvin attended Louisiana Tech University where he majored in Forestry Management. During the summer of 1959, Marvin went to Kelly Creek, Idaho where he worked for the U.S. Forest service building and maintaining trails throughout the mountains of this region. This experience proved to be one of the highlights of his life. In the summer of 2020, after more than 50 years, Marvin was able to go back to Idaho to visit where he was fortunate enough to be able to walk some of those same trails he was responsible for building. He then went on to graduate with his Bachelors of Science degree in August of 1961.

On December 23,1962, Marvin married his first wife, Patricia Miller, and shortly thereafter accepted a job working for the Texas Forest Service, the Forestry agency of Texas, located in Lufkin. He was the youngest person to have ever held the position of Texas Forest Service’s District Forester. In November of 1968, Marvin was offered the opportunity to work for the Lutcher and Moore Lumber Company in Orange, Texas and was soon promoted to the position of Chief Forester. In September 1976, Marvin and Pat, moved to McComb, MS where he had accepted a job as a forester with Mid-continent Systems. In time and after much prayer, he and Pat agreed that he would go into business for himself as a Consulting forester. This business eventually became Taylor Forestry, Inc.

Marvin would tell you that the most rewarding events in his life were the services that he felt God called him to do. In 1982, he was called to the construction mission ministry and went on numerous mission trips with a group that by 1994, would come to be known as the Church Building Ministries, Inc. (CBMI). Beginning in September of 2006, he and his second wife, Dorothy, handled most of the operations of CBMI and they did so until she went home to be with the Lord in July of 2020. Marvin was honored that God used him over the years to plan and carry out construction mission work on over 75 Christian organizations, making over 120-week long mission trips in the continental U.S. and in Honduras. It has been said that Marvin had a legacy of building churches across the west.

He was preceded in death by his father and mother, one brother, Scott Taylor; his first wife, Patricia, and his second wife, Dorothy.

In lieu of flowers donations may be made to Church Building Ministries, Inc.