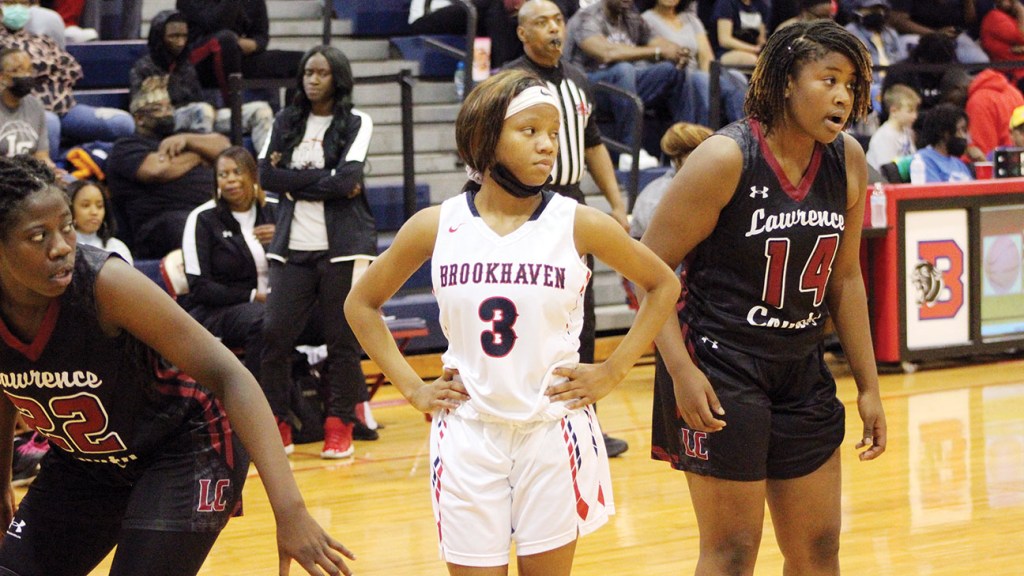 Photo by Cliff Furr Brookhaven High senior point guard Aniyah Cook (No. 3) and her team only have two remaining regular season games in Sinclair Gymnasium. BHS will host Florence on Jan. 21 and Natchez High on Jan. 28.

The Brookhaven High Lady Panthers and coach Preston Wilson are 3-0 in Region 5-5A after their first run through the division.

Wilson’s team is 17-3 overall and has won 15 games in a row, most recently a 39-22 win at region newcomer Florence High.

BHS and Florence meet again on Jan. 21 in Sinclair Gymnasium for another region matchup. The Lady Panthers then travel to West Jones on Jan. 25.

The final home game of the regular season for Brookhaven High is scheduled for Jan. 28 against Natchez.

Ole Brook got a game high 23 points from junior guard Angel Wilkinson in the win over Florence.

Wilkinson was nearly unstoppable against West Jones (13-3) as she poured in 39 points and made seven steals in a huge win over a team that’s one of the biggest 5A rivals for the Lady Panthers.

Florence is 17-2 and comes to the 5A ranks after being a title contender most years as a 4A school under longtime head coach Darrin Chancellor.

The Brookhaven boys’ team had built momentum after beating West Jones 73-52 and Natchez High 68-39 on the road.

Senior Elijah Kennedy scored 19 points to lead BHS in the loss at Florence. Senior Jacobieus Perkins added 12 points for the Panthers in the loss.

Grey’s team bounced back to get a 66-61 win over Noxubee County in MLK Day action Monday. Noxubee ran out to a 22-15 lead before Brookhaven High began to take control of the game.

West Lincoln Lady Bears out in 1st of Region…