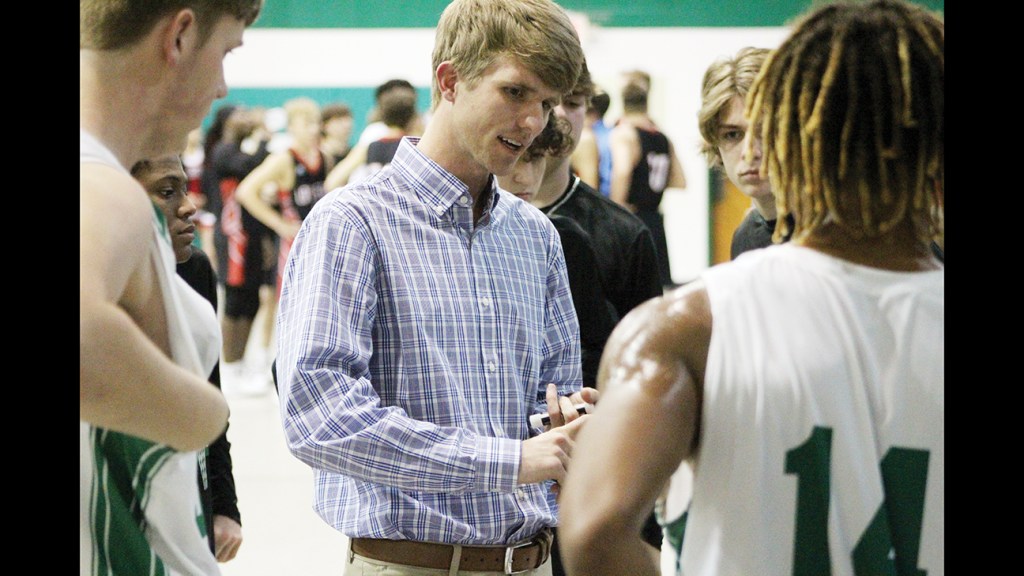 Photo by Cliff Furr / West Lincoln coach Jay Case talks to his team in a huddle during the fourth quarter against Loyd Star Friday.

There were moments Friday where you could see West Lincoln playing the type of basketball that first-year head coach Jay Case hopes to see more of in the future.

Sophomore point guard Sangyin Stewart dribbled the ball up into the frontcourt and saw his defender stationed too far back.

Stewart kept his head up and his dribble low before rising up at the 3-point line for a made basket.

In the first quarter the Bears talked defensively as they played a sagging man-to-man defense that ate up any possible driving lanes for Loyd Star.

Those moments weren’t enough to get a win though as an older, more experience Loyd Star team led 18-11 after one quarter and faced few problems in getting a 69-41 win.

“We had a decent start, but once some of our starters got in foul trouble, they started to pull away,” said Case. “We’ve been close lately, we were up late on Bogue Chitto and lost on a buzzer beater. We’ve just got to keep working.”

“I let my guys on the bench have more minutes than usual tonight after we jumped up and they did a good job of maintaining that lead,” said Britt. “We’ve had some guys come in off the bench of late that have given us a boost. The key is how well we take care of the ball when we’re playing East Marion and Amite County.”

Amite County (10-5) is unbeaten in region play and appears to be firmly in control of the no. 1 seed as the division tournament approaches. The Hornets lost 44-41 to the Trojans in their first meeting.

The Hornets are set to travel and play at Amite County on Jan. 28, host East Marion on Feb. 1 and wrap up the regular season on Feb. 4 at Bogue Chitto.