No matter who is to blame, gas prices continue to rise 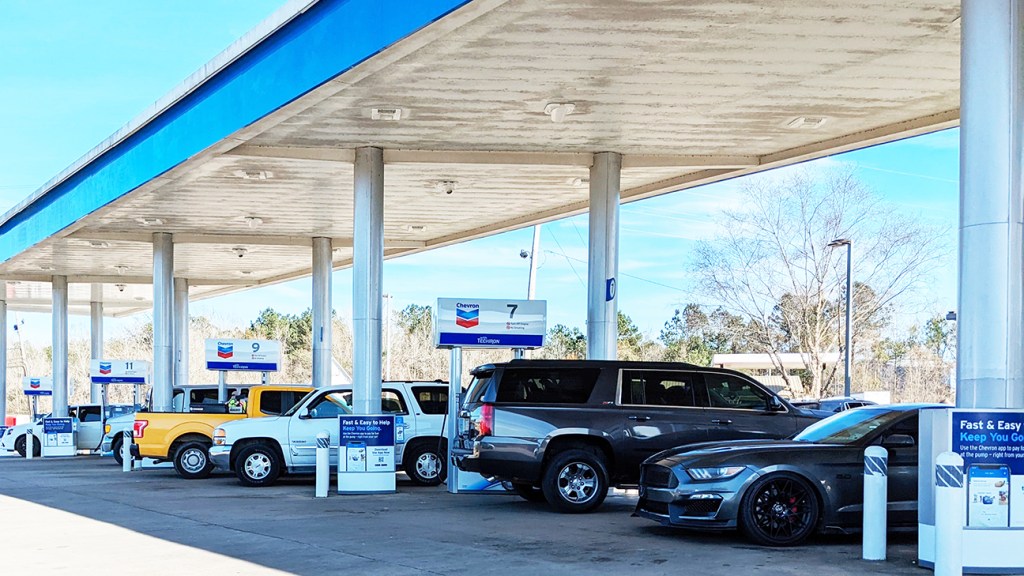 American Automobile Association data report that consumers are now paying the most at the pump since Sept. 10, 2014, according to a CNBC report Feb. 8. Newsweek magazine said to blame Russia’s Vladimir Putin, while others blamed the American president, Joe Biden, for ending American drilling.

All consumers want to do for sure is to get prices down, regardless of who is at fault.

That’s not likely, experts are saying.

On Thursday the average price of a gallon of gasoline was $3.52 nationally — 22 cents more than last month and a dollar more than this time last year. Oil prices were $92 a barrel Thursday.

As of Friday, the Ukraine crisis of a possible Russian invasion made markets tremble ever more about high gas prices. Biden said Tuesday that Americans should get used to “the price of defending democracy and liberty” and plan accordingly for costs associated with rising pump pricing.

Monday’s national average for a gallon of gas was $3.48, four more cents than last week, 18 cents more than a month ago and 98 cents more than last year. While the main reason gas prices are so high at the pump is said to be because of the high cost of crude oil, other reasons factor in, such as winter weather, COVID-19 issues and Ukraine’s situation with Russia.

AAA’s Andrew Gross said the situation seems to be at a stand still. “Unfortunately for consumers, it does not appear that this trend will change anytime soon,” he said Monday.

By Monday, Gas Buddy reported that “gas prices reached a seven-year high as tensions between Russia and Ukraine make the oil market even tighter.” The national average is up 16.5 cents from a month ago and 97.2 cents per gallon higher than a year ago. The national average price of diesel rose 8.9 cents in the last week to $3.87 per gallon, the highest since July 2014.

“The jump in gasoline prices has continued unabated as oil prices continue to push higher, reaching $94 per barrel last week on continued concern over the possible imminent threat that Russia may invade Ukraine,” said Patrick De Haan, head of petroleum analysis at GasBuddy, on the entity’s website. “Not only are oil prices up, but the bulk of the nation is starting the multi-month transition to summer gasoline, further adding to the rise at the pump. In addition, cold weather in Texas caused some power outages at major refineries, further weighing on markets.

“I see no other potentials in the short term but additional price increases unless Russia does an about-face on Ukraine. Even then, we’ll still see seasonality push prices up, so motorists should be ready to dig deeper.”