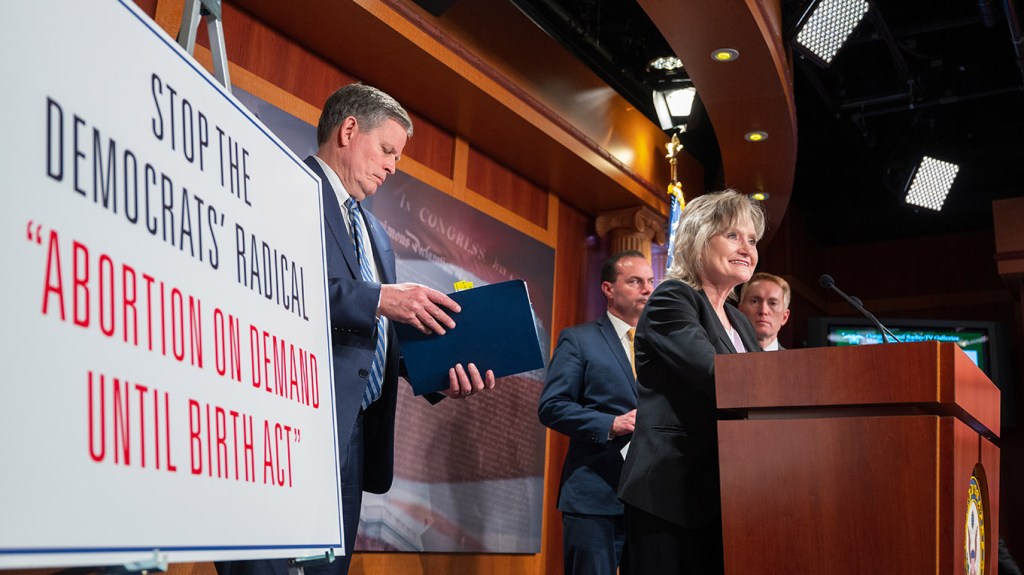 U.S. Senator Cindy Hyde-Smith (R-Miss.), of Brookhaven, Wednesday issued the following statement after voting a second time this year to block a “Abortion on Demand Until Birth” Act (S.4132):

“Democrats and their pro-abortion allies are alarmed and in a mad rush to enshrine in federal law a virtually unlimited right to abort babies right up to their birth.  This misguided bill is just another facet of the radical abortion movement’s assault on the Supreme Court or any institution willing to protect the preborn.

“This so-called women’s health legislation only mentions ‘women’ in the title and never mentions the terms ‘woman,’ ‘female,’ or even ‘mother.’  Not only would it broaden support for the abortion industry, it would strike down reasonable state laws regarding informed consent, waiting periods, parental involvement and such.  I’m proud of my vote to once again stop another misguided and radical attempt to make abortion on demand until birth the law of the land.”

The Senate voted 49-51 to stop S.4132, which was rushed to the Senate floor after a draft opinion on Dobbs v. Jackson Women’s Health Organization was leaked from within the U.S. Supreme Court.  The measure required 60 votes to proceed.

Hyde-Smith, a Christian and pro-life advocate, voted against a similar House-passed pro-abortion bill (HR.3755) in February.  It, too, failed to receive sufficient support to advance in the legislative process.