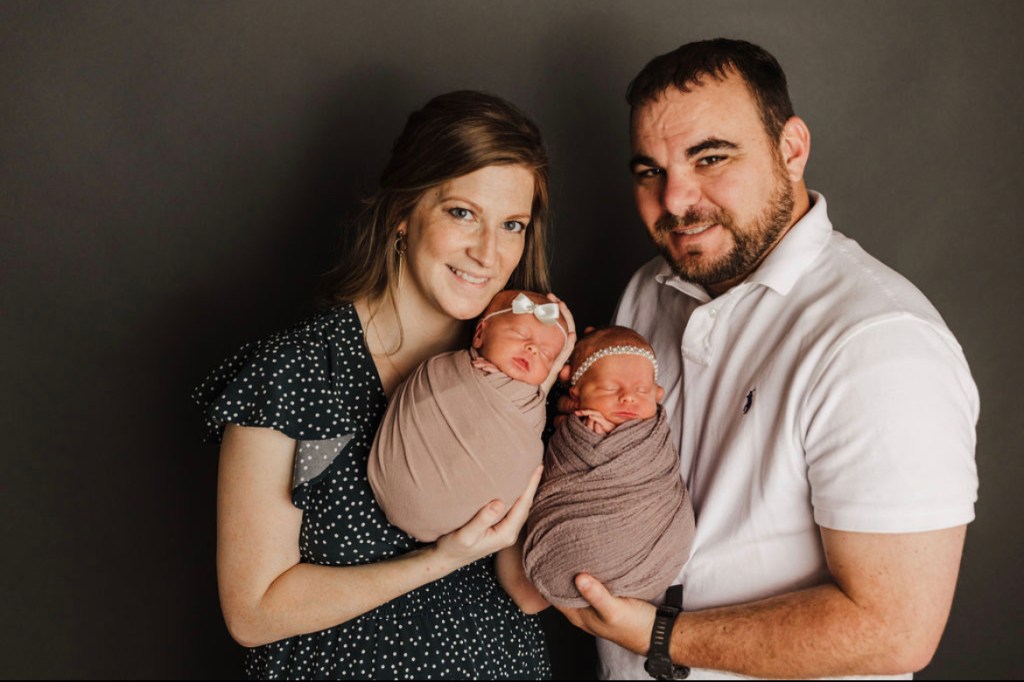 Gilbert and Karlee Rushing’s twin girls are eight weeks old. They are teeny tiny and oh so cute.

However, instead of just being parents who spend most all of their time getting to know their daughters, in the back of their minds, Karlee and Gilbert worry they might not have a way to feed them.

“Our girls are too little now to even know that there’s an issue finding their formula, thank goodness,” Karlee said of the fact that baby formula of all kinds is hard to find thanks to a nationwide shortage. “Right now we have about a week and a half’s worth of formula in the cabinet. It’s so difficult not to hoard it, but we know there are other parents who need to feed their babies just like we do.

“I just pray this shortage ends soon so mamas and daddies can not stress over whether they’ll be able to feed their babies the formula they need and are able to spend quality time with and love on their babies like they’re supposed to do.”

How did the problem get to this point, and what is being done about it?

‘We are working on it’

The White House said last Wednesday that shortages of baby formula were a “top priority” for the administration, yet incoming press secretary Karine Jean-Pierre admitted that they were merely “tracking” the fact of the shortage. There was no indication there was any action doing anything about it.

Jean-Pierre even suggested that “general powdered” infant formula could be found in stores, though that’s not the case, as many news organizations have proven through video.

CBS reported last Tuesday that the shortage is “hitting poor moms and kids the hardest,” though many middle class parents would be surprised to hear there are different social levels of hunger among babies when there is a formula shortage.

At the southern border, a 1997 decree demands that the U.S. government is required to feed the children in its care. That means that the border never runs out of formula, no matter what else might be happening around the rest of the country.

The shortage is everywhere for every American though – no child is better off than another, except perhaps those babies who are breastfed. However, though three out of four U.S. mothers – 75 percent – who start out breastfeeding, at the end of six months breastfeeding rates fall to 43 percent. That means only 13 percent of babies are exclusively breastfed, according to numbers from the Centers for Disease Control and Prevention.

There are two reasons for this: The first is some mothers choose not to breastfeed or to discontinue “early” for whatever reasons, while the second is that some mothers choose to but simply cannot. The number of women who cannot – for various physical reasons – rests at about 15 percent, much higher than the 5 percent or less many academics and physicians might say.

“Our girls were born 5 weeks early and I had some postpartum complications, so we had great difficulty with breastfeeding from the beginning,” Karlee Rushing, whose family lives in Brookhaven, explained. “Because of the difficulties, them being preemies, and their losing weight, they were put on a higher-calorie specialty formula while we were in the hospital.

“I was aware of the Similac recalls from the previous month, but I didn’t pay close attention to it at that time. When we were discharged home the Sunday after they were born, we sent my mom to the store for formula. She called me from the store saying the formula shelves were basically empty, and their particular formula wasn’t even stocked there.

“That was the moment I realized that there was a serious problem.”

Many online stories say the American baby formula shortage began during COVID-19 supply chain issues. It definitely got worse after Abbott Laboratories issued a recall on Similac formula for a bacterial issue that ended up causing four infant hospitalizations, with two of those children dying.

Abbott voluntarily recalled its products, including those under the brand names Similac, Alimentum and EleCare, among others. The FDA investigated the Michigan plant where the product was packaged, issued a report on violations and the needed changes, and Abbott said it made those changes and installed new, more stringent guidelines.

Yet, that manufacturing plant is still closed. Abbott has not admitted any guilt in the suspect formula that ended up closing down the plant.

The shortage affects more parents than first believed, regardless if parents can only use a particular formula based on their child’s individual needs. That’s because the nationwide supply of any baby formula decreased by 40 percent since just last month.

The shutdown of the Michigan plant led to widespread shortages that have evolved into further discussion about how to provide the necessary product until U.S. manufacturing is back on schedule.

Abbott said it is steadily working toward getting more infant formula available to parents right now. The Irish Times reported May 11 that “… Abbott is flying supplies of infant milk formula from Cootehill in Cavan to the United States daily to help mitigate a supply crunch that has seen stores rationing purchases for parents.”

And yes, the current predictable result has led to rationing by many retailers. Walgreens, CVS and Target limit formula purchases to three containers per customer. Some businesses have no need for a sign about limits: They have no formula to limit.

Price gouging is showing up online, with some brands of formula listed at $120 for one canister that usually sells for $30.

The WIC department in Natchez wouldn’t say how things were going for them except to say “It’s a nationwide shortage.”

Abbott, with a 42 percent market share, is the top provider in the US infant formula market, according to Euromonitor. Abbott was the exclusive supplier for more than half of the U.S. agencies administering government feeding programs, including the Women, Infants and Children (WIC) program. This means there’s a shortage for those clients as well.

Luckily, in a May 10 statement, Abbott said it was working with the FDA to get the Michigan facility up and running as soon as possible. In the meantime, rival formula makers have moved into a 24-7 production schedule to help with the deficit that has many American parents panicked.

However, on May 11 Abbott warned that even if it received permission to start getting its factory back up and running, reopening would take two weeks and it would be at least two months for parents to be able to find it on store shelves.

Capitol Hill announced the same day that the House Energy and Commerce Committee will hold a hearing in two weeks to address the shortage, which parents must surely think is a little too late.

On Friday, Mississippi Congressman Michael Guest (MS-03) joined more than 100 House Republicans in a letter to the Biden administration demanding action on the ongoing baby formula shortage. The letter requests data on the nationwide shortage and clarification on actions the administration is taking to mitigate the impact of the crisis.

The FDA is advising parents and caregivers not to substitute homemade baby formula for FDA approved formulas. And to be careful of scams.

“I am in a group on Facebook that’s basically a formula buy/sell/trade, but I have seen where mamas will pay for formula from someone and will never receive it from the person,” Karlee Rushing said. “I’ve seen some women with ungodly amounts stock piled in their pictures and turning around and selling it for a little higher price.

“I haven’t bought through any of these posts because it’s so hard to trust people these days. Even today I saw a Facebook post where a mama was sent flour in the cans in place of formula. We just can’t afford to take that risk so I just stay away from that route. I might get desperate enough one day but not today.”

“I always check the formula aisle at Walmart when I go, and there are always several cans of different Enfamil formulas,” she said. “I have yet to see enough Similac to even buy the limited amount they will allow.”

Rushing said at first she could buy the formula online, until she couldn’t. Her sisters in Virginia and Missouri started driving from store to store to find it. Friends all the way up to Nashville are doing the same. So are the Rushings’ church members.

A friend from Hurley, Mississippi, searched until he found six cans – good for about four days of feedings. But the limits meant he couldn’t buy them six.

“I felt such a panic thinking I wouldn’t have what I needed to feed my babies,” Rushing said. “Finding our specific formula has been such a hassle because it is a specialty formula, and many stores in our area don’t stock it at all.

“Thankfully we haven’t ‘run out’ yet, but it is worrisome and stressful that the day may come.”