BOGUE CHITTO — Bobcat band director Andrew “Drew” Different will start his fifth year with the band this football season, and for the first time in recent memory Bogue Chitto’s marching band will have a color guard when they take the field.

It is the first time since the 1970s that Bogue Chitto will have a marching band, he said.

Last year, the band played at football games in the stands and the previous three years, they had held a couple of concerts.

“I’m determined to put a full band on the field, and I wanted movement and color only a color guard could do,” Different said. “Co-Lin let us use their flags, and I got in touch with Mrs. Michelle Woods. She offered to help with the tryouts and is now our official color guard instructor. I would be lost without her.”

Their theme for the upcoming football season is a flashback to the 1980s. The band will cover songs by Journey, Kenny Loggins and Salt-N-Pepa. Woods said they do not want to reveal too much because they want to surprise the crowd.

A band of 42, they will have a new band hall in the school’s renovated old gym at some point in the fall. Different said it is much needed because they need room to practice, better acoustics and more room for storage. The band hall has one more purpose, he said.

“It is a place to call home. It will be like their second home,” Different said.

During a break, they took a seat on the floor and started talking to each other. Woods teared up because it was the first moment they had come together as a team, even if they did not know it, she said.

It is a new chapter for Woods too. She coached color guard at Loyd Star for 10 years. Her start as a color guard coach for the Hornets ties back to watching the band perform at her son’s first football game, when he was in ninth grade. Ironically, she said the game was at Bogue Chitto.

Stuart Neal was the band director for Loyd Star at the time, and she asked if she could help. Woods, a former Co-Lin twirler, had retired from a 20 year career of cutting hair and was asked to help with the Loyd Star color guard. Now she is coaching color guard at Bogue Chitto.

“It’s fun doing this. I love the kids. I’m fortunate to get the ones who need to be pulled out of their shells,” Woods said. “I help them know they have worth and anything is possible. I’m very thankful I can coach. It has brought me a lot of joy.”

The challenges of coaching color guard depend on how well a coach gets along with the director. She said it is wonderful to work with Different, and the girls have been great too. They want a color guard team, and understand it takes time and effort.

Coaching color guard gives Woods a purpose in life. She said there are days where she can’t do much, but she can always help the girls learn. Growing up in the band, she said they didn’t always have directors who set up camps, so she and her teammates had to do things on their own.

Cassidy Donaho, a junior, took to the front of the group and started walking through the motions with the color guard girls. Woods said those moments are the ones that stand out. Her kids have a hunger to learn, which will make a difference by football season.

“I plan to wow the crowd as much as possible. We want to set high standards, and hopefully one day, they can go to a competition,” Woods said. “The whole point of color guard is making something beautiful and telling a story out of something ordinary. It takes a creative mind.”

Bogue Chitto’s color guard team had some big help thanks to the band community in Mississippi. Woods said Jeremy Donald, a former Loyd Star Band Director, donated flags to the team. She said it is a help to the program because the silk flags can be expensive.

Emily Miller is the tallest in the group. She will be a sophomore and will finally get to be in color guard. Last year, she said she watched videos on YouTube and wished Bogue Chitto had a team. When they announced they had tryouts, she was excited.

“I realized this was my sport, and I couldn’t wait to do it,” Miller said. “It is the first sport I’ve actually stuck with. Most sports weren’t fun for me. With Color Guard, I plan on staying with it. I look forward to being on the field and being with my friends.” 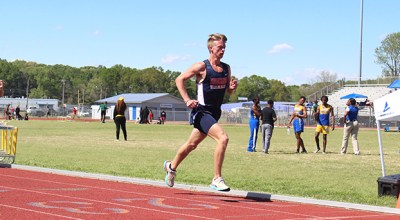 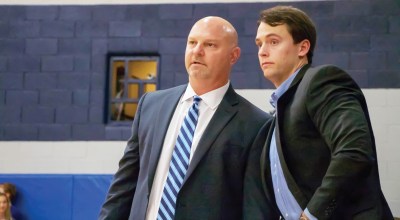 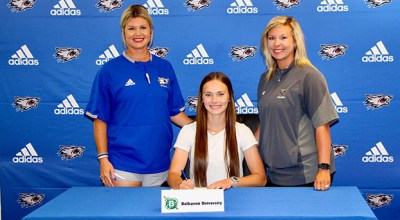