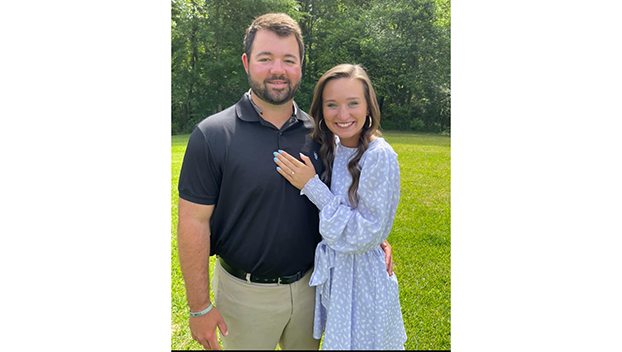 Enterprise Baseball has a new head coach. This is Austin Hood and his fiancee Bailey Lott. (Courtesy Photo)

ENTERPRISE — Yellowjacket Baseball has a new skipper at the helm. Austin Hood, a Summit resident, was tapped to be the head coach of the baseball team according to a release from the school. They hinted at the hire in a release of their roster but it wasn’t officially announced until today.

Josh Garrett was the previous head coach of the Yellowjacket’s baseball program.

Hood is a graduate of Union High School and played baseball at Coahoma Community College. He previously coached at Newton County as an assistant coach.

This story will be updated as more information is available.