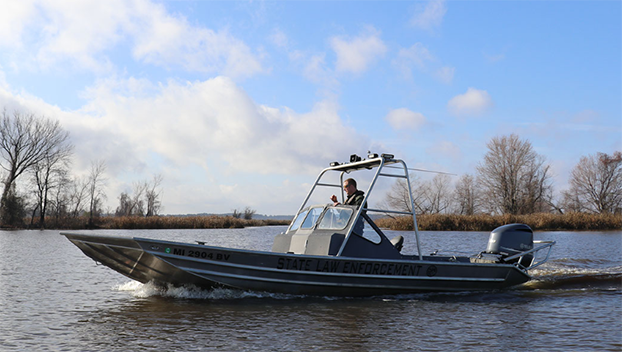 Photo Courtesy of the Mississippi Department of Wildlife, Fisheries and Parks

JACKSON — Agents with the Mississippi Department of Wildlife, Fisheries and Parks concluded Operation Dry Water this weekend. Dry Water is a national campaign to raise awareness about the dangers of operating a boat under the influence in addition to boating safety. It is also an enforcement campaign.

Officers did respond to one boating incident with no fatalities. One drowning was reported in the state at Lake Caroline.

MDWFP had a busy weekend conducting and issuing:

Just because Operation Dry Water is over does not mean boaters can relax. It is important boaters wear a life jacket because it could be the difference between life and death.

This weekend agents with the Louisiana Department of Wildlife and Fisheries worked a fatal boating accident on Blind River. The body of Madison Bradley, 17, of Slidell, was recovered from the Blind River around 8 p.m. on July 4.

LDWF agents were notified about a missing boater around 5:40 p.m.  According to the other people on the boat, Bradley was a passenger on a pontoon boat with five other people.  She is the state’s 17th boating fatality in 2022. In 2021 they had 27 boating fatalities.

She was riding on the bow in front of the protective rail with another male passenger.  The boat hit a wake from a passing vessel and it knocked Bradley and the male passenger into the water.

Bradley did not resurface after suffering severe prop strikes.  The male passenger was able to resurface and had minor injuries.

LDWF arrested the operator of the vessel, David Crowe, 33, of Denham Springs, for vehicular homicide, operating or driving a vessel while impaired (DWI), and reckless operation of a vessel.  He was booked into the Livingston Parish Jail.

LDWF will be the lead investigative agency for this fatal boating incident.  Bradley’s body was turned over to the Livingston Parish Coroner’s Office to determine an official cause of death.