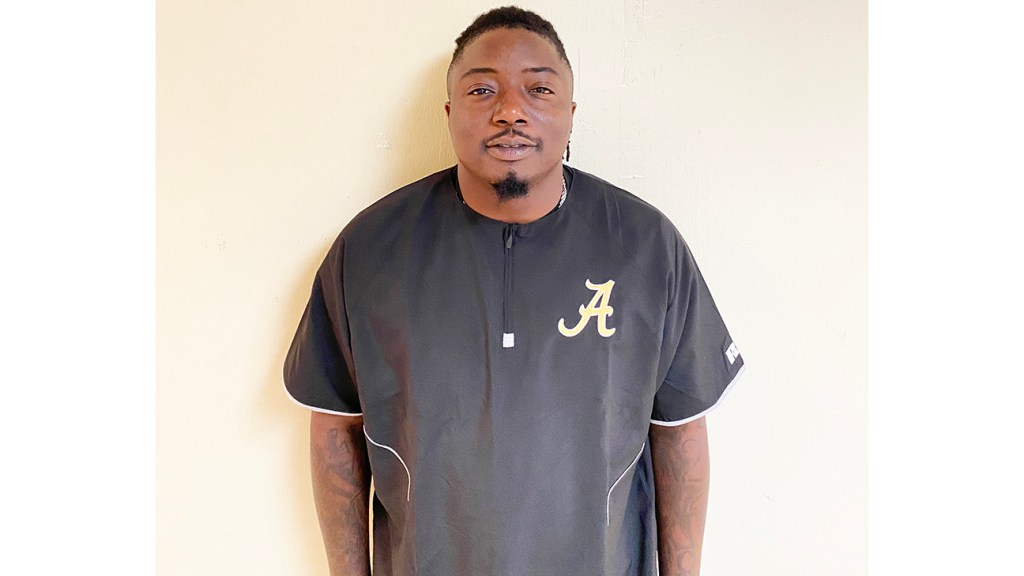 The Mighty A has one of its own coming back to lead the seventh and eighth grade football program at Alexander Junior High.

Ephraim “EJ” Henderson, an alum of the school, will begin his first year as head football coach at the school when classes begin on Thursday.

Henderson is a 2011 graduate of Brookhaven High where he starred on the football and baseball teams. He signed to play both sports at Alabama State University before eventually focusing on football, where he was a three-year starter at ASU as a wideout.

Twice previously in his career Henderson has worked as a teacher at Alexander while coaching at Brookhaven High. He takes over at AJH from former head coach Tommy Gibbs, who left to join the varsity coaching staff at Brookhaven High for coach Tucker Peavey.

“We want to make sure our kids are fundamentally sound when they leave Alexander and move on to Brookhaven High,” said Henderson. “The goal is for them to understand and learn the game, not jut be good at it. We want to teach them how to block, how to tackle and how to be good teammates.”

Henderson learned all that himself under the tutelage of legendary Alexander head football coach Jesse Terrell.

Lee, a 7A program, made the state semifinals in 2017 with Henderson as a member of the staff.

In 2019, Henderson came back to Brookhaven as an assistant coach in the secondary for Peavey and the Panthers. He served as head baseball coach at Alexander during both of his prior stints at the school.

The opportunity to coach on the college level is what called Henderson away from Brookhaven High in 2021.

“I was at Illinois College and I had coached there in the spring and started recruiting and my head coach sent me to go work a camp at the University of Wisconsin-Whitewater,” said Henderson. “I was leading a receiver’s drill during camp and the head coach from UW-W Kevin Bullis called me over and asked me if I wanted to come work for him.”

The Whitewater Warhawks are the University of Alabama of NCAA Division III football. The team has a combined all-time playoff record of 51-9, has won 36 conference titles in the Wisconsin Intercollegiate Athletic Conference (WIAC) and claims six Division II National Championships.

The 2021 season at Duluth was one to remember as the Bulldogs finished 9-3 and made the NCAA playoffs, where they lost in the opening round at Angelo State in November.

“We left Minnesota and there was snow piled up on the ground when we got on the plane,” said Henderson. “Our guys were all wearing cold weather gear and layers of clothes and we got to Texas and it was in the upper 80s when we stepped off the plane. It was a shock to their system.”

Henderson came home after the 2021 season at Duluth to find employment closer to his family. Coaching college football in the Midwest was a learning experience, but there’s unmatched value in being close to the people who know you the best.

“My mom was dealing with some health issues and my sister was helping her out, but I couldn’t be of much help when I was so far away,” said Henderson. “I just knew I wanted to get back on somewhere around here, but I never dreamed I’d get a chance like this to be the head coach at AJH.”

Alexander principal Patrick Hardy, who coached Henderson at Brookhaven High, extended the job offer and the new head coach has hit the ground running in preparing for the 2022 season.

“Football can be an avenue to keep kids engaged in coming to school,” said Henderson. “My eyes were really opened to that when I was coaching on the high school level in Alabama. I saw some kids that came from literally nothing, they lived in deep poverty, but for them — football was part of what got them up everyday and got them on the bus. They cherished that opportunity to play the game.”

Henderson’s first team will take on the field on Aug. 29 when thy play at Wesson for the season opener.

AJH will play three home games on King Field at Brookhaven High on Sept. 12 against McComb, Oct. 3 versus Lawrence County and Oct. 17 against Tylertown. The Panthers will play on the road Sept. 19 at Franklin County, Sept. 26 at North Pike and Oct. 10 at South Pike Middle School.