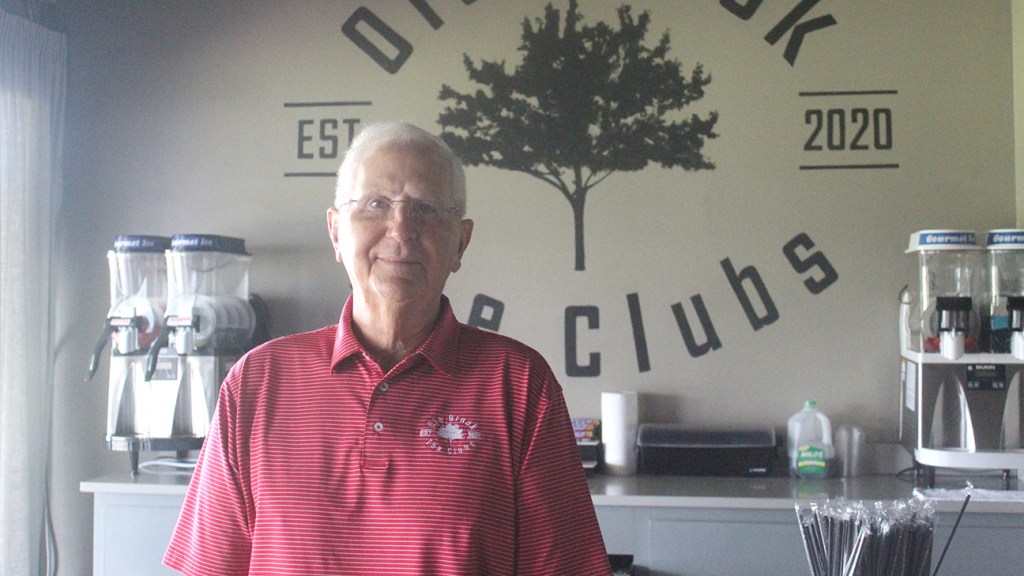 PHOTO BY HUNTER CLOUD Henry Swann is a Brookhaven resident who has played golf since his junior high days. He joined the Ole Brook Golf Club in 1970 and continues to play golf. He has shot his age or better in a round 359 times.

Henry Swann grew up in Jackson, played tennis at Hinds Community College and played golf at Mississippi State before marrying and moving to southwest Mississippi. He first joined the Ole Brook Golf Club in 1970 when the then Brookhaven Country Club was a much different course than it is today.

His greatest golf accomplishment is not the seven hole-in-ones he has had but the 359 times he has shot his age or better.

“It has been fun to do it and it’s been more fun to keep up with the amount of times I’ve shot my age,” he said. “The first time I did it I was excited. I kept my score card. It is still exciting and is what I try to do in a round of golf.”

Currently, he is at 359 rounds where he shot his age or better. His goal for this year was to shoot his age or better at least 100 times in a year. Last year he was five rounds short but it is unlikely he will hit his goal this year. He said he has fallen behind and weather has not been the biggest help.

The first time Swann shot his age he did so from the back tees but as he has grown older he has lost distance with his swings and moved to the senior tees. His form and swing mechanics have stayed the same with a slightly shortened backswing.

Club Manager Jeff Henning said Swann is a golfer who is happy to play golf with anyone regardless of age. His feat of 359 rounds where he has shot his age is remarkable, Henning said.

“He is the matriarch of the club and the guy they go to ask about the rules. He loves the rules of the game,” Henning said. “Good or bad —  he is the kind of guy where he would penalize himself. He isn’t going to fudge his scores.”

The course has changed a lot in his times there and the facilities have improved. It is a testament to the investment of owner Johnny Lynch and the hard work of Henning, he said.

“Johnny has led a lot of our improvements and equipment here. Henning being a club manager has done a hands down great job,” Swann said. “I think the club is in the best shape it has been in since I could remember.”

He doesn’t plan on retiring from golf anytime soon.

“Golf will retire me,” he said.