‘It was a great move’: Retiring KDMC CEO takes a look back, and ahead 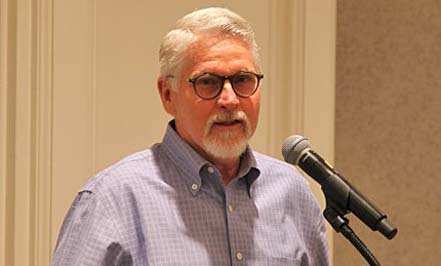 Alvin Hoover, chief executive officer of King’s Daughters Medical Center for the past 15 years, will officially step out of the role and into retirement on Sept. 30.

Having spent more than 30 years in hospital administration, Hoover came to Brookhaven from Abbeville Area Medical Center, where he also was CEO.

“It was a great move for me to come to Brookhaven and be a part of King’s Daughters, and I couldn’t ask for a better last 15 years, to be a part of such a great organization,” Hoover said.

“I’ve basically handed everything over already (to new CEO Scott Christensen),” he said. “My plan now is just to take some time off — take me a little sabbatical — and try not to have a care in the world … try not to worry about work, and health care.”

Hoover plans to take 120 days off and reassess and see what he wants to do then. He and his wife plan to travel some, but mostly he wants to “just relax.” It may be difficult for a man who has had only a single two-week vacation in the past decade and a half, though he has had a few long weekends.

Challenges in the rear-view

Two of the biggest challenges the healthcare leader has faced in his career presented themselves during his time at KDMC. The most recent was the COVID-19 pandemic, which increased the cost of supplies and equipment, stretched the work force thin, and “turned our world upside down again,” he said.

“It’s been a really challenging time for healthcare.”

But one of the biggest challenges he has faced in his career came in 2013, when the Affordable Healthcare Act went into effect.

“They really turned our reimbursement world upside down,” Hoover said. “The federal government said, ‘We’re taking this much money away’ (out of several different programs), and they just took about 20 to 25 percent of our money away.

KDMC and a lot of hospitals in Mississippi were finally at a place where they were doing OK financially, Hoover said, with the cost of healthcare one of the most inexpensive in the nation.

“The most frustrating part is people saying we can’t afford to do that — but hospitals can’t afford not to,” he said. “Our state has turned away billions of dollars that could have gone to help pay for healthcare, for new equipment, to help pay for the challenges that we’re having in the work force.”

But it has not all been challenges. Hoover has seen many successes, as well. Under his leadership, KDMC has reached numerous milestones, including: ISO 9001 certification, the highest internationally-recognized rating for quality programs; consistently achieved five star ratings in patient satisfaction through the Centers for Medicare and Medicaid Services; received full recognition by the Centers for Disease Control and Prevention for its diabetes prevention program; and has been internationally recognized as a Designated Baby-Friendly birth facility.

Recently, KDMC was selected to be a part of Mississippi CAN (Coordinated Access Network) and TrueCare to serve Mississippi Medicaid members.

“That will take effect some time next year,” Hoover said. “There are a lot of details that have not been released yet, so we can’t say too much about it right now, but that’s an exciting development for providers.”

One of the accomplishments Hoover is most proud of at KDMC is that the organization has been named a Modern Healthcare Best Place to Work in Healthcare for nine of the past 11 years.

“That’s an achievement anywhere, but especially in Mississippi,” he said. “There are 150 places selected across the United States. It’s a measure of employee engagement — types of pay, benefits, programs you have to help take care of your employees — plus our mission of ‘Always providing quality health and wellness in a Christian environment.’

“We’ve been able to engage our work force, and it’s been a place to be able to come and enjoy your work, help each other, care about each other, and they can participate and speak up about things.”

The recognition speaks well of all the organization’s people, the CEO said.

“It’s a reflection of not just me, but the people who work here and their care, who have embraced our mission and our philosophy of listening and taking care of our employees in the workplace,” he said. “It’s one of the accomplishments I’m most proud of.”

“The increasing costs, work force shortage of (all types of) health care workers and the work force in general, clinical or non-clinical, administrative, environmental, dietary — there’s just a shortage of people to fill jobs,” he said. “That’s going to be a challenge.”

Demand and supply work hand-in-hand, and when there is a lack of supply in the work force, the demand goes up, Hoover said.

“Then cost goes up and we won’t have the resources to match the costs,” he said. “We can adjust our prices at hospitals, but almost 70 percent of our reimbursement is coming from Medicaid/Medicare or federal programs, the rest from private insurance. Medicaid/Medicare is not paying us additional money to meet the growing costs, and the insurance companies aren’t, either,” Hoover said. “It’s a tough spot to be in — lack of workers, increased costs of services and supplies. It’s quite the challenge.”

A retirement reception for Hoover will be at Butterfield Mansion on Wednesday, Sept. 14, 4-7 p.m.

“It’ll be kind of a fun day for me, culminating my work there,” Hoover said. 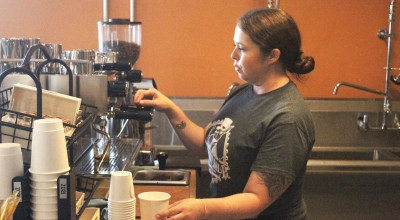 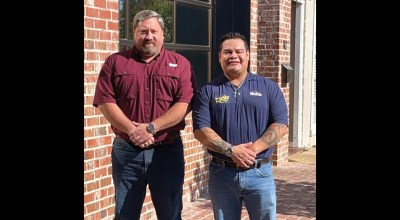 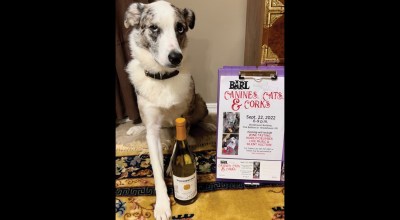