Victim’s family wants to know motive in July homicide, answers on other crimes 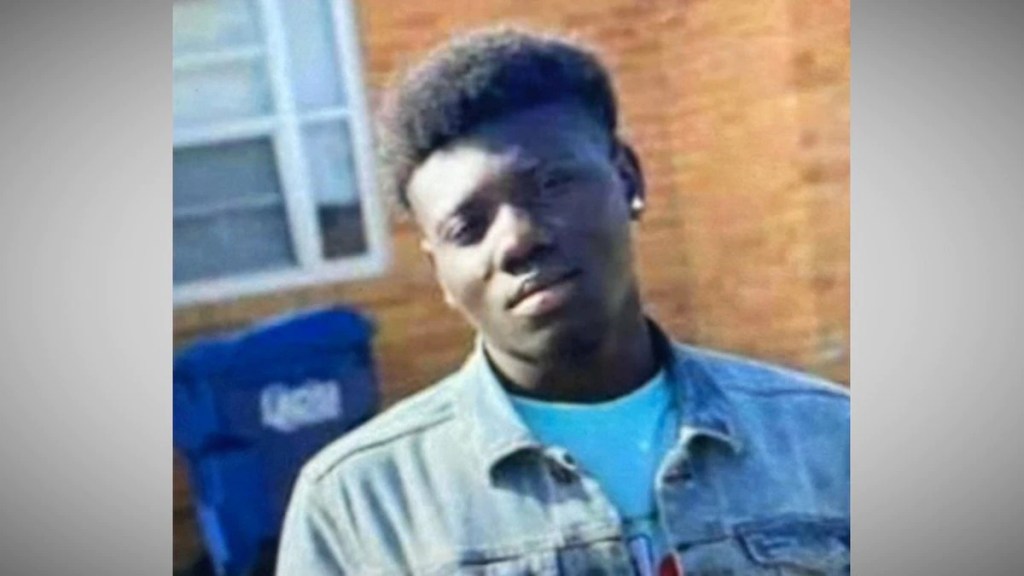 The family of a murder victim in Brookhaven says they are thankful for an arrest, but are eager to know the motive of the shooter, and want more answers on other crimes.
Brookhaven Police detectives recently arrested a 17-year-old in connection with the shooting death of 20-year-old Jerrivonte “Spud” Harris in July.
Zetaveion Donlarions Porter, of 414 Old Wesson Road, was arrested one week ago and charged as an adult with the murder of Harris at that same address.
“This came about by the hard work of my investigators who stayed on it,” Brookhaven Police Chief Kenneth said following the arrest. “They never gave up, never quit poking. Their diligence and hard work around the clock led to this arrest.”
Harris’ uncle Jerry Kelly, pastor of City of Grace in Brookhaven and a Hinds County Sheriff’s Deputy, said he and his family and grateful a suspect has been arrested and charged, but they still want to know the reasons for the crime.
“We still don’t have the ‘why’ behind the killing of my nephew,” Kelly said. “And it’s not because he comes from a bad family, because both Spud and the accused come from great families that are very familiar with one another.”
Kelly has said previously that a lack of policing in the area has resulted in a few crimes being solved in the city. He has recently hosted town hall-like meetings for citizens to discuss the issues of crime in the community.
“We have all heard the phrase, ‘Talk is cheap,’ and that is true to a certain extent, because we have learned that there are some in our community that when they speak there’s value and substance to what they say, and then on the other hand there are some that speak with no manifestation,” Kelly said. “I believe in our community. I believe in the power that we have as a community to get whatever things or resources we need in Brookhaven done. But the sleeping voices in Brookhaven must rise up … The sleeping voices are every individual in our community that has a common interest in the welfare, the health and the up-building of our community, regardless of race, economic background or what side of the track you live on.”
“We hosted a community town hall meeting last Thursday (called) ‘Life at the Brook,’ and with health discussion we talked about some of the things that are plaguing our community. … The time to just sit back and watch these things go by is over,” Kelly said. “Ms. Sharon London drove four hours to participate in that meeting … due to the unsolved murder of her sister, and from what we’re being told there are people in the community that have spoken up, given names and other information as it relates to that case. The London family and those related to Ms. Bridget London need this case resolved, just like several others that have taken place in the city of Brookhaven.”
“My family is thankful that the person responsible is behind bars, but I know there is another side to this, that if information related to Spud’s case is not handled right, it could easily be dismissed or thrown out,” said Kelly. “I’m rooting for Brookhaven but I’m in the game now. I’ve always worked silently doing things behind the scenes with my church and other ministry partners, but now I have to speak up for my nephew’s voice which was cut short at 20 years of age. No family should have to experience this.”
“I hope that other cases like Spud’s in our city are solved and brought to a halt where none are being solved. It’s a different view on this side of the fence and my heart goes out to every family that has stood by waiting for the doors of justice to swing open,” he said. “We believe that law enforcement, Brookhaven in particular, will continue to work to make sure that this arrest and charge is followed through.”
Kelly called on members of the community — especially men — to attend the next town hall meeting when the date is announced. He asked people interested in helping or with ideas they believe are beneficial to contact him at pastorjekelly@gmail.com.
“I want to encourage everybody who has a common interest in the welfare of our community to come out to the next meeting so that we not only talk a good game, but we’re able to put players in place that will partner with our community leaders (and) government officials who will make Brookhaven safer — a greater community for all its citizens and those who would like to move there,” Kelly said. “Be blessed and encouraged. There is still ‘Life at the Brook’ and this is still Home Seekers Paradise.”
Police Chief Collins has repeatedly made appeals to members of the community to speak on the record, sharing with law enforcement information they have on criminal activity in the city.
“They’re afraid to talk, but unless they give us a statement, we can’t use it in court,” Collins has said. “We need the community’s help and we’re doing the best we can.”