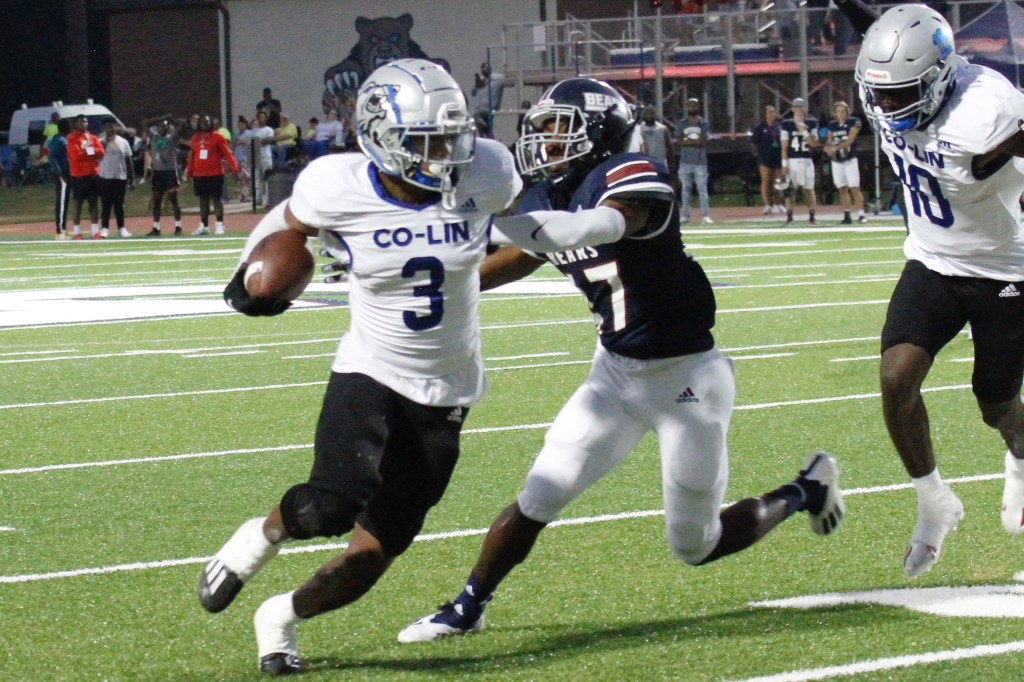 The Copiah-Lincoln Wolves scored in all three phases of the game Thursday in Summit to beat their rivals from Southwest Mississippi CC by a 44-13 final score.

The win was the eighth in a row for coach Glenn Davis and his team in the series against their neighbors from the south.

Freshman kicker Corey Case (Brookhaven Academy) booted field goals of 28, 30 and 40-yards in the first half to help CLCC stake out a 16-0 halftime lead.

The Wolves also got a touchdown from special teams in the fourth quarter when Jaylen Smith (Jacksonville, Fl.) took a punt back 62-yards for a score.

Tott also tossed a 60-yard touchdown pass to running back Bobby Shanklin Jr. (Noxubee County) in the fourth quarter. Sophomore running back Antonio Luckett (Leake Central) scored on a 37-yard run for the Wolves that made the score 23-0 with less than a minute to go in the third quarter.

The CLCC defense put the final points of the game up when freshman defensive back Elijah Short (Columbus High) returned an interception 60-yards for a score.

Co-Lin is 2-2 on the season now and will play its final non-division game of the season on Thursday in Wesson when they’ll host Coahoma CC for a 6:30 p.m. kickoff.