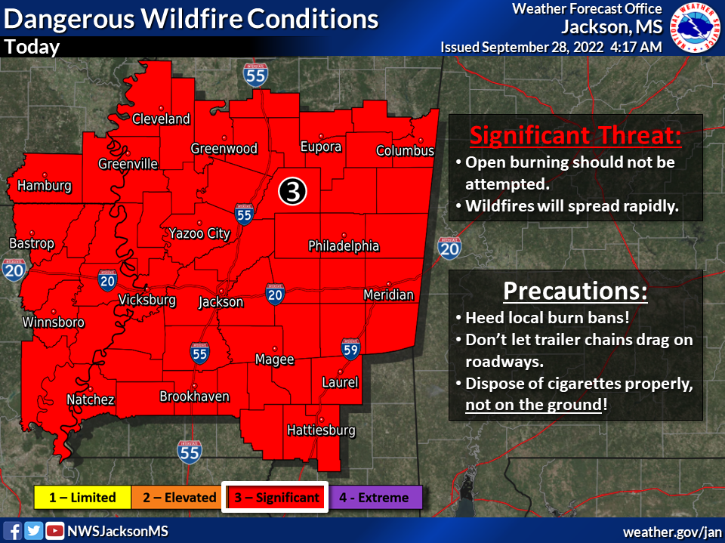 A burn ban has been put in place for Lincoln County by the Board of Supervisors.

The board met Wednesday for its final meeting of the fiscal year.

Steven Williams with the Mississippi Forestry Commission asked the board for approval of a burn ban until at least until the end of the month. This week has been a windy one, and with Hurricane Ian making landfall in Florida, the winds might yet pick up further.

“There’s no prediction for rain for the next 17 days,” Williams said. “And this might be premature, but I’d rather be safe than sorry. We’ve already had a few fires with 25 mph winds. I’m not necessarily looking at right now, but I’m looking ahead.”

The board agreed to the burn ban with the exception of commercial contractors, who usually have the right tools available at the site in case of a fire spreading. Later, Williams returned to the meeting to say the state wanted to also add exceptions for forestry commissioners and certified burn managers.

The ban will extend through October 31.