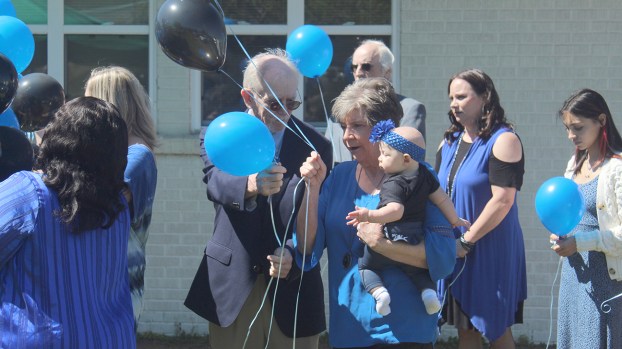 PHOTO BY HUNTER CLOUD Family members of Officer James White and Cpl. Zach Moak prepare to release balloons Thursday in memory of their loved ones. 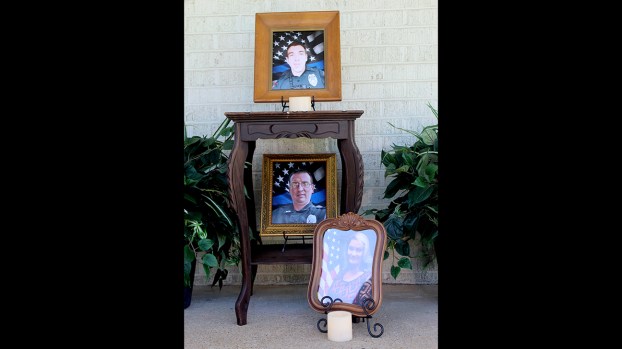 PHOTO BY HUNTER CLOUD Photos with candles honor the three public servants whose lives were impacted on Sept. 29, 2018. From top, Moak, White and Barbara Allred. Allred was the dispatcher the morning White and Moak were killed in the line of duty. 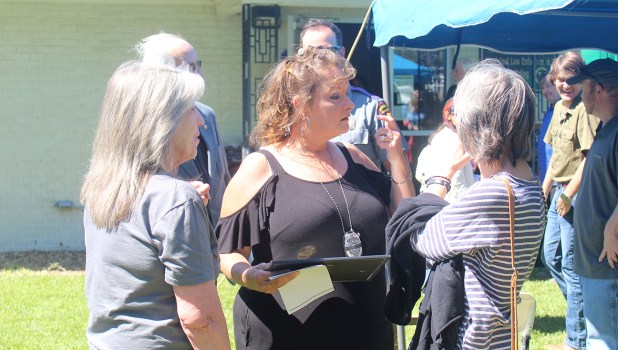 PHOTO BY HUNTER CLOUD Barbara Allred was the dispatcher the morning White and Moak were killed in the line of duty. 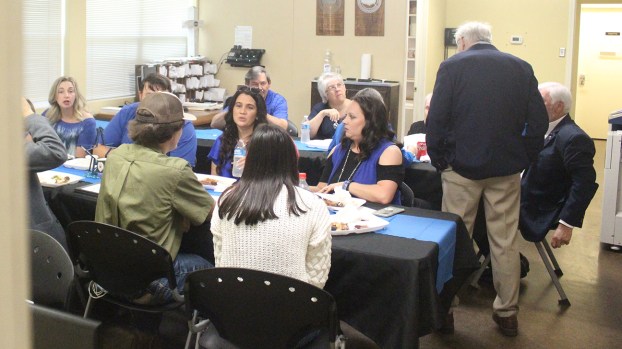 PHOTO BY HUNTER CLOUDFamily members of Officer James White and Cpl. Zach Moak prepare to release balloons Thursday in memory of their loved ones. 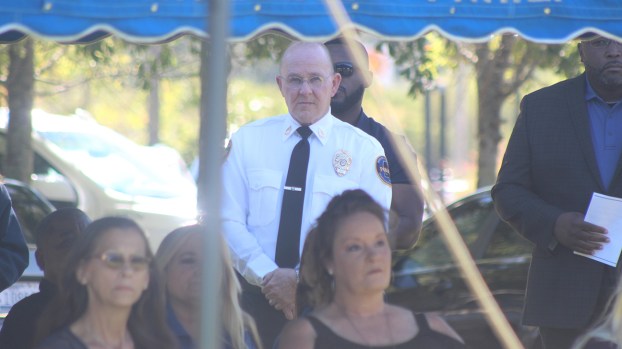 PHOTO BY HUNTER CLOUDFamily members of Officer James White and Cpl. Zach Moak prepare to release balloons Thursday in memory of their loved ones.

Moak and White families released balloons into the sky and hugged each other with tears in their eyes. Officers, family and aldermen fellowshipped over barbecue following the conclusion of Thursday’s memorial service.

Brookhaven Police Department lost Corporal Zach Moak and Patrolman James White on September 29, 2018 when they were killed in the line of duty. Police Chief Kenneth Collins said Moak and White responded to a shots fired call on North Sixth Street. He remembers seeing Marquis Flowers in custody, Flowers plead guilty to two charges of first degree murder and was sentenced to live in prison, and asking where his officers were.

He said while they got justice, there will never be justice for his officers.

Collins turned his attention to giving a charge for the somber crowd. A charge to continue the fight for law and order. It was a call for mankind to love each other in honor of the beautiful souls of Moak and White.

“Where there is no law there is no love. We must continue to work together to honor all of the fallen officers by doing our job each and every day,” Collins said. “Love is the most powerful thing in this world. There is no weapon that can defeat love. When we fall one day I hope these young ones will rise up and take our place. We stand together as one. Soul has no color, love has no boundaries. We will continue to fight to keep this city safe. We are God made and heaven sent. You will never be broken and you will never be bent, keep fighting the good fight.”

Another officer asked the crowd to celebrate the day and the lives of Moak and White. It is a day of rejoicing because of the memories of those officers. Inside and behind the police department, people sat at tables talking and eating. They were all united together by Moak and White’s memory.

Master Sergeant Kevin Thompson talked with animal control officers in the back parking lot before getting something to eat. He said White always wanted to be a state trooper. He would wear his hat like a state trooper in photos on social media.

Moak and White were separated by four years of age but were similar in how they carried themselves. They were like brothers and that is why they worked so well together, Thompson said.

He trains officers when they come to the department. Moak and White’s memory and legacy are ever present in the rookies and in the daily life of an officer. They come to mind when he sees their squad cars.

“I see their legacy in the rookies. They want to learn each day. We have some small frame officers and I see them and it just makes me think of both of those guys,” Thompson said. “It gives me the desire to train these young officers. White was here before I got here. I got to ride with him when I joined. I just remember them on a daily basis.”