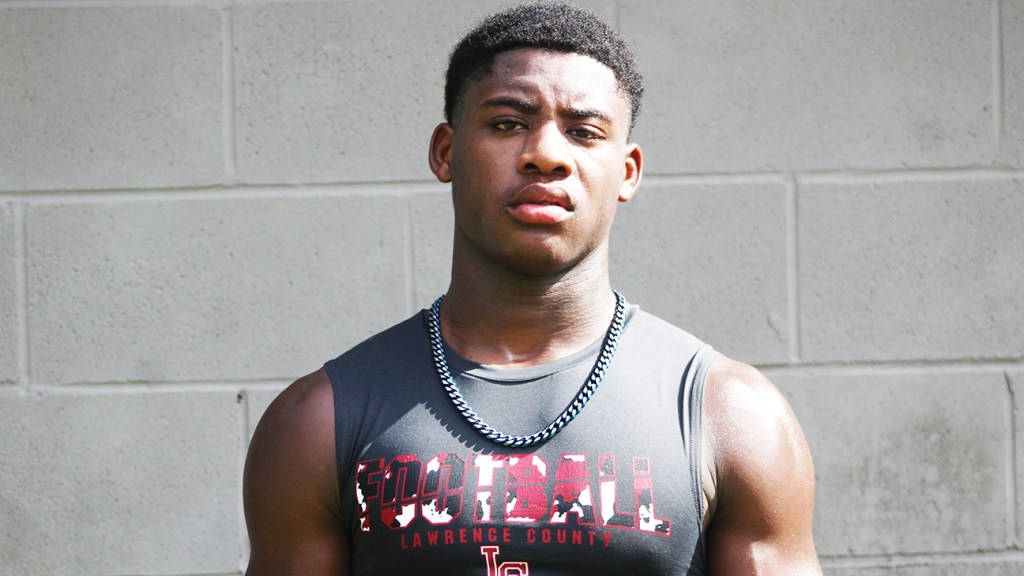 If you’re tired of Lawrence County junior running back Ahmad Hardy winning offensive player of the week honors, then just imagine how tired opposing defenses get in trying to tackle him on Friday nights.

Last week against Forrest County AHS, Hardy was like a muscled-up ballerina that refused to go down before reaching the end zone.

Hardy pirouetted out of tackle attempts and ran through and past hapless defenders for 215 yards and three touchdowns on 15 carries.

For his play, Hardy has been named The Daily Leader Offensive Player of the Week — the second time for him to earn the honor in 2022. Hardy also earned DPOW accolades once this season too.

The Lawrence County offensive line deserves its fair share of credit in the 47-42 win over FCAHS. As a team, coach Jesse Anderson’s Cougars rushed for 451 yards on 35 combined carries.

Junior Zion Thomas — the lightning to Hardy’s thunder — carried the ball seven times for 121 yards and two touchdowns in the win Friday.

On the season, Hardy has carried the ball 74 times for 1,178 yards and 15 touchdowns. His team is 6-0 and Hardy is AVERAGING 15.9 yards every time he touches the ball.

Next for Lawrence County is a road matchup against the best team they’ve faced thus far in 2022, the Poplarville Hornets.

Poplarville is 5-1 this season, with only a 21-7 loss to 5A power Picayune blemishing their record.