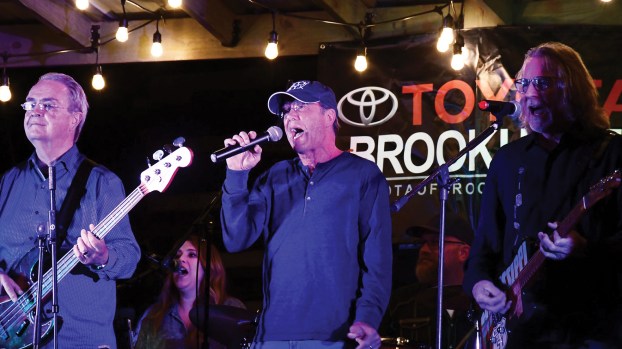 PHOTO BY BILL PERKINS Members of The Laughter of Ruin — Danny Dickey, Bryan Batson and Ed Tree — were the headlining act on the Railroad Park Stage Friday night. 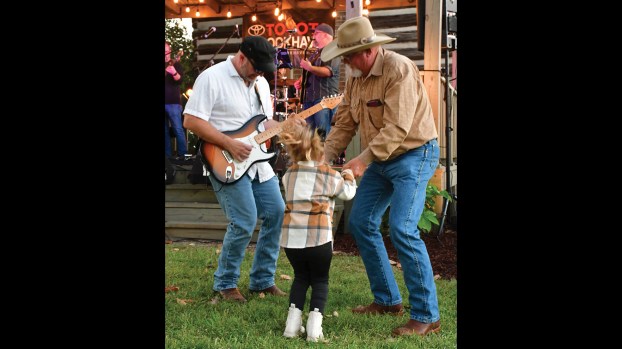 PHOTO BY BILL PERKINS Tyler Bridge gets down among the dancing crowd during The Bridge Band’s set. 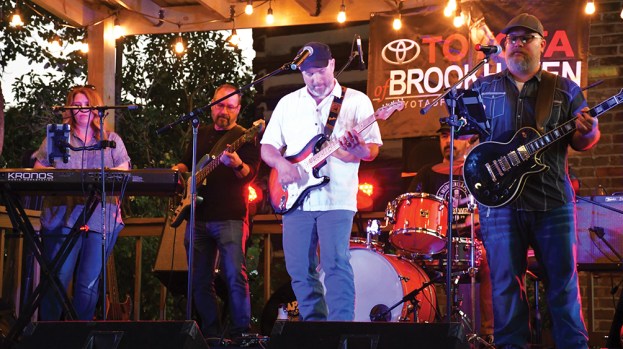 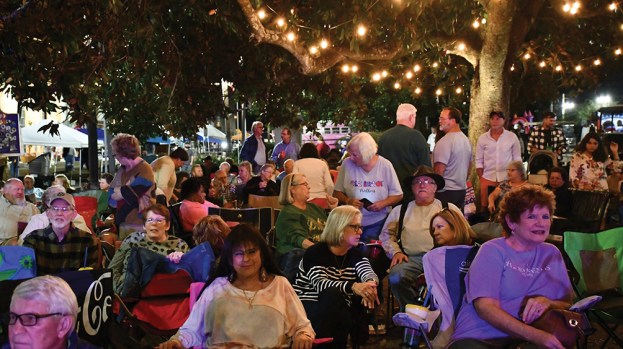 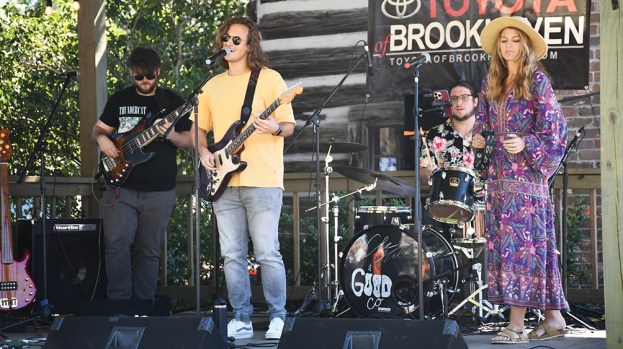 Sometimes a problem becomes an opportunity.

That was the case recently when the key musicians of “Brookstock XXI” back in July couldn’t make that annual concert for the first time since its conception. COVID-19 struck two of the three remaining members of “The Laughter of Ruin” only days before Brookstock.

Vocalist/guitarist/songwriter Bryan Batson, guitarist/songwriter/recording artist Ed Tree and bass guitarist Danny Dickey had been practicing songs from their glory days at BHS in the 1960s. As fate would have it Bryan in Gulfport and Danny in Memphis both experienced a mild bout of the virus as they were packing to travel to Brookhaven.

Disappointment is an understatement when they had to cancel their appearance for this Brookhaven tradition that they have been the heart and soul of since 1998. COVID had caused Brookstock to be canceled in 2020 and now it had struck again. Brookstock XXI organizer Tyler Bridge quickly regrouped to keep the Brookstock tradition alive and well without the musicians who couldn’t make it. His group, “The Bridge Band,” plus the young talent of “Four Way Stop,” delivered a fine performance of classic covers filling the air at the Brookhaven Building. Their song list spanning many decades kept the dance floor busy, making Brookstock XXI a major success.

However, the musicians who couldn’t make it to Brookstock remained eager to return to Ole Brook to play the songs they had worked so hard on.

An idea was hatched to reschedule The Laughter of Ruin to a later date. The new stage in Railroad Park seemed to be the logical venue.

When reviewing open dates for the new stage in Railroad Park everything fell conveniently in place for The Laughter of Ruin to share the stage with The Bridge Band for the opening night of the Ole Brook Festival. Keyboard legend Chalmers Davis, who played forever with Little Richard, joined in as he does each Brookstock. Even “Trailer Hell” legend M. J. Case played a couple of his hits between bands for an always-entertaining interlude.

The result was a concert like no other, drawing about 300 music lovers together for a stellar performance by these homegrown musicians from completely different generations.

The Bridge Band opened with the .38 Special hit “Rockin’ Into The Night” and closed with Norman Greenbaum’s vinyl classic “Spirit In The Sky.” The Laughter of Ruin opened with “Louie, Louie” by The Kingsmen. Nic Bridge filled in on drums and the incredible Dr. Shelley Smith on vocals. With these two on loan from The Bridge Band, all songs became possible for The Laughter of Ruin.

The summer heat and humidity were in the rear view mirror, too. It was cool and dry with a gentle breeze. Not a cloud in the sky but there was the moon glowing above the Chamber building. Perfect conditions for folks of all ages from Brookhaven and beyond to come out with their folding chairs to enjoy an evening listening to some excellent homegrown talent in the park.

This magic combination of The Laughter of Ruin and The Bridge Band is already in place to continue being the opening act of the Ole Brook Festival in 2023 and beyond — another popular tradition to add to Brookhaven’s calendar of events. It worked so well this time why reinvent the wheel? It’s already being called “Brookstock Encore.” All those who filled the park Friday will surely be back next year for another helping. Mark your calendars for Friday, Oct. 7, 2023.

Story and photos by Bill Perkins.