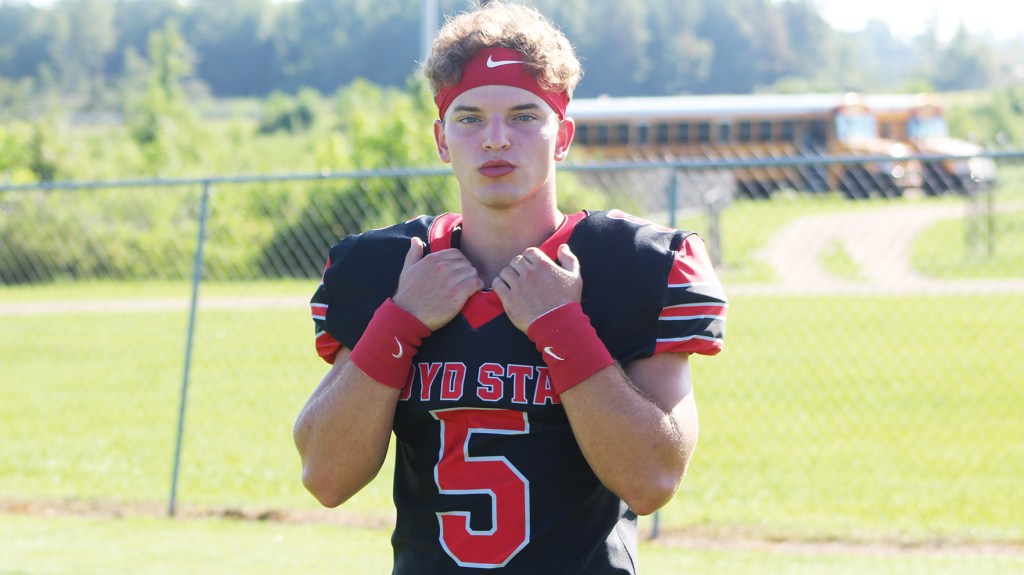 Loyd Star senior running back Bryce Ford is a player that runs the ball with vision.

With the football in his hands, Ford follows his blocks and has his head up — looking to go wherever the defense least expects him.

In a 47-7 homecoming win over St. Andrew’s on Friday, Ford’s vision helped him find the endzone four times as he picked up 120 yards on 11 carries and scored quartet of rushing touchdowns.

For his efforts, Ford has been named The Daily Leader Offensive Player of the Week.

A week before in an overtime loss to Bogue Chitto, Ford picked up 123 yards on 17 rushes. For the season, he’s carried the ball 95 times for 602 yards.

Explosive is a word that one might associate with Ford during his high school career as he possesses a shiftiness and burst of speed that can make him hard to bring down.

Another attribute that Ford has had to lean heavily on in his high school career is the ability to persevere.

As a sophomore, Ford played mostly as a defensive back and wide receiver on a rebuilding team that finished 3-6 for his father and head coach — Brian Ford.

A knee injury in the spring of his sophomore year was one roadblock that Ford had to overcome.

He bounced back to rush for 803 yards on 100 carries last season as a junior, despite missing time during the season with an injury in a 9-2, Region 7-2A winning campaign for the Hornets.

Expectations were high for the Loyd Star senior class to defend that title this season. Things haven’t gone quite to plan though as a pair of division losses to BC and East Marion have the Hornets at 5-3 overall and 0-2 in division play.

With a home game left Friday against West Lincoln (0-8) and the regular season finale next week against Amite County (1-5) — Loyd Star still sits in the driver’s seat to finish third in the division and play on the road in the first round of the upcoming MHSAA 2A playoffs.

There’s been plenty of adversity for Ford and his teammates to overcome in 2022. He’s dealt with a lower leg injury for much of the season and also missed a game with an illness this year.

Through it all, Ford and his fellow Hornets have kept competing and fighting on Friday nights — persevering onwards.