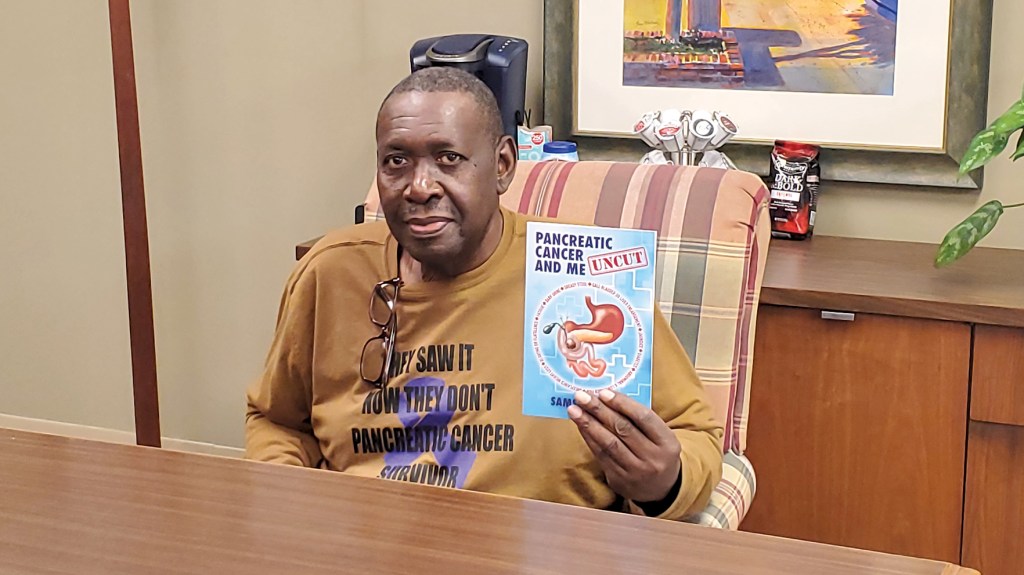 The former Brookhaven School District teacher taught middle school math. So when he was diagnosed in 2019 with pancreatic cancer, it didn’t take him long to do the math for his chances of survival.

According to the U.S. Department of Health and Human Services, about 13 people per 100,000 will be diagnosed with pancreatic cancer each year. In Mississippi, that rate is slightly higher, at 14. If you are a black male, that risk is even higher, and the risk increases as you age.

As an older black male in Mississippi, Byrd knew he was more likely to get the diagnosis, but the 72-year-old was not going to take the news lying down.

The general survival rate for people with this cancer in the U.S. is 11 percent. Another person in the Brookhaven School District had the same diagnosis, and did not survive. Byrd wanted to beat the odds, and so far he has done just that.

His immunity was severely compromised by the cancer, and the COVID-19 pandemic made life more difficult. As he was recovering from chemotherapy and radiation treatments, he had to keep himself safe at home most of the time. During that time, he began to research and write. The result was “Pancreatic Cancer and Me, Uncut.”

“I wanted to inform people who see symptoms to check it out immediately,” Byrd said. “It could mean the difference between survival and death.”

Byrd’s first symptoms showed up with back problems and persistent sleepiness. A visit to his doctor showed high liver enzymes. Further tests revealed the cancer diagnosis.

“Even though it’s a blow, stay calm, stay positive. With good doctors, one can get through it. You can come out positive, if it is caught early.”

The now-75-year-old cautions anyone age 60 or older to be on the lookout for cancer symptoms, not out of fear but out of wise preparation.

“Anytime you have a problem — even if it’s just a toe that hurts — get it checked out,” Byrd said. “That toe pain might reveal a problem with your lungs, or something.”

Byrd hopes people will pick up a copy of his book, available online at Amazon and Barnes & Noble, read his story and be better equipped to catch cancer early, and survive.