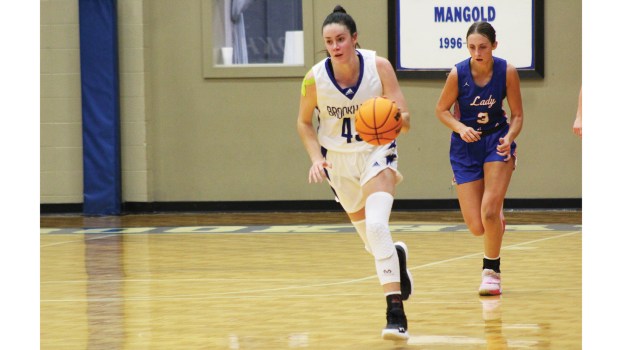 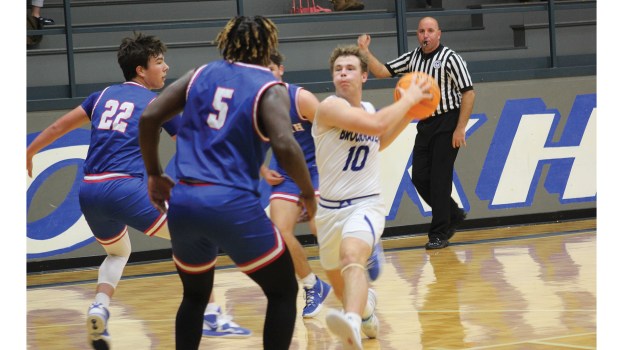 PHOTO BY CLIFF FURR Senior forward Easton Boyte drives towards the basket Tuesday for Brookhaven Academy against the visitors from Copiah Academy. 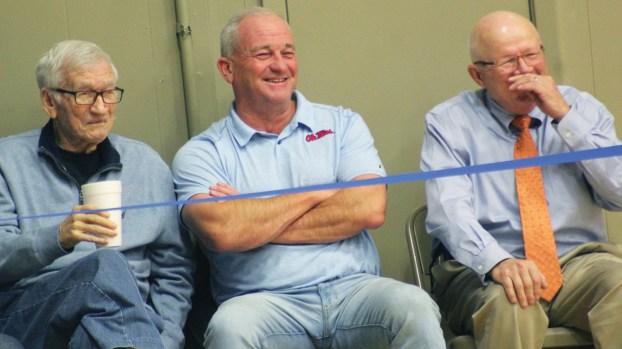 John R., the namesake of the gymnasium, was there to watch his son Ricky serve as an assistant coach for the Copiah Academy boys’ team.

Gray was the head of the school for over 20 years and is in a slew of Hall of Fames from his time as a basketball player and coach. He was inducted into the inaugural MAIS Hall of Fame class in 2002 and in 1981, he led the BA boys’ team to a state title.

Barry Gray is currently the athletic director and head boys’ and girls’ basketball coach at Northpoint Christian School, a private school located in Southaven that plays in the TSSAA — the athletics association that Tennessee high schools are members of.

Dale Watts is the head boys’ basketball coach at Columbia Academy, the spot he’s been in since leaving BA in 2013.

A 2011 MAIS Hall of Fame inductee, Watts won seven state titles at Brookhaven Academy coaching boys’ basketball, including a run of six in a row.

Earlier Tuesday, his Columbia boys’ team had scored a win over Tri-County Academy. He stuck around to watch his son Josh coach the Brookhaven Academy boys’ team against Copiah Academy in the finale of the two-day event.

Brookhaven Academy girls’ basketball head coach Ron Kessler wanted his team to run the floor against the visitors from Gallman on Tuesday. Kessler said the game plan was for whoever had the ball to throw it ahead or dribble into the front court quickly, as his team had an advantage in speed.

Once that started happening, Brookhaven Academy continually grew their lead throughout the game.

“As the game went on, we did a better job of getting the ball up the court quickly and outrunning them to the rim for some easy baskets,” said Kessler. “You’re not going to just jump out to a huge lead early, but as we started putting together good possession after good possession, we were able to push our lead out.”

The Gates twins are verbal commits to continue their basketball careers by next playing at Mississippi College.

On Monday, the Cougars whipped Tri-County Academy 56-24 in their first tournament game.

Copiah, coached by Brookhaven Academy alum Drake Flowers, got 10 points from Chelsey Belton in the loss.

The BA girls are 9-2 on the season and have a run of four straight home games coming up on their schedule.

The Cougars already have 20-point wins over both ERA and Lamar this season and will be favored against ASC and Cathedral as well.

A good measuring stick of where the team stands will come on Saturday, Dec. 10 when the Cougars travel to Hattiesburg to face Presbyterian Christian School. PCS, a MAIS 6A school, is currently 8-1 on the season.

“We’ve just got to keep working and keep doing the things we know will make us better every day in practice,” said Kessler. “It’s a long season and every night is chance to show you’re improving.”

The Brookhaven Academy boys returned one starter this season in senior wing Trevor Fortenberry. He scored 17 points before fouling out early on Tuesday.

The Cougars got four points off the bench apiece from sophomore forward Asher Havard and sophomore guard Jon Mark Beasley.

BA led 9-3 after one quarter as Copiah is having a similar rebuild of its roster under first year head coach Rod Delaney.

Copiah’s full-court pressure in the last 120 seconds of the second quarter ended up flipping the game in its favor.

The Cougars were leading and controlling the tempo of the game, but a slew of turnovers led to an 8-0 run that gave CA an 18-16 halftime lead.

The teams last met in the first round of the MAIS 5A tournament in Feb.

That game was played at Copiah and won by the Colonels 63-61.

Both teams lost tons of experience to graduation. BA head coach Josh Watts lost District MVP Tyler Fortenberry, a player that had led his team in scoring since his sophomore season.

The third quarter was when the visitors busted the game open, outscoring BA 22-9 in those eight minutes.

On Monday, the Cougars got their tournament started with a 58-32 win over Tri-County Academy.