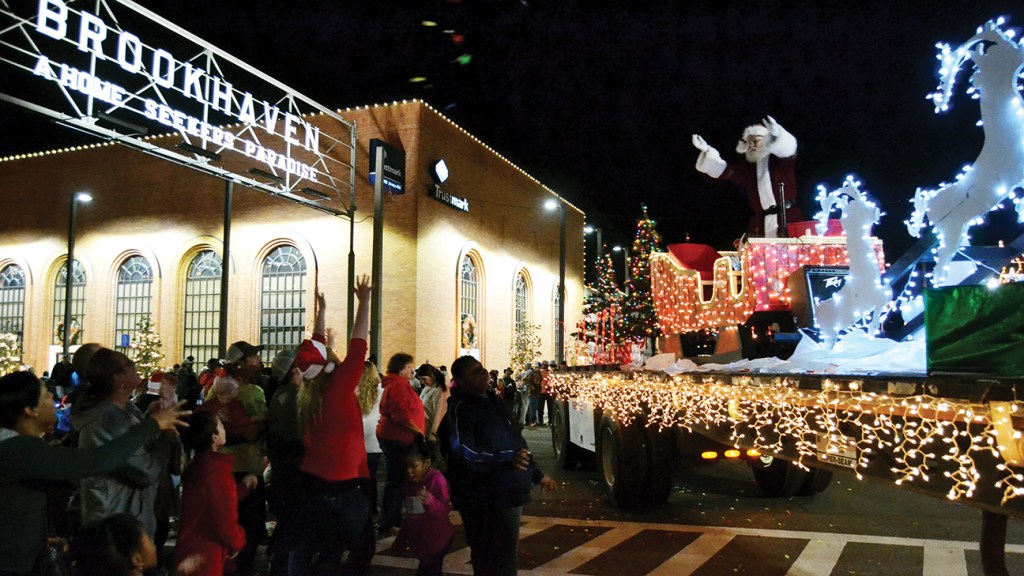 Photo by Donna Campbell Hundreds have attended the Brookhaven Christmas parade each year as it rolls through the city.

BROOKHAVEN — Christmas is right around the corner in Brookhaven and it is almost time for the annual Christmas Parade.

Brookhaven’s Christmas parade is put on by the Brookhaven-Lincoln County Chamber of Commerce and will feature bands, floats, dancers and several guests of honor will ring in the holiday season, Katie Nations said.

Nations said the chamber has signed up dozens of floats and countless vehicle entries and they will take a few more entries before Monday. Forms can be found online at Brookhaven Chamber.

“The annual parade is a holiday tradition in Brookhaven making its way through downtown Brookhaven for the last 70 years,” Nations said.

The parade route will be the same as 2021 as it begins on the corner of South Jackson and West Cherokee Streets. It will go right underneath the Homeseekers Paradise sign on South Whitworth Avenue, left on West Chickasaw Street, a left on Railroad Avenue and then another left on West Monticello Street.

Miss Merry Christmas Brianna Emfinger of West Lincoln will lead the parade along with Grand Marshal Rod Henderson. Brookhaven School District Superintendent Henderson was born and raised in Brookhaven and has fond memories of the parade.

He said he remembers the fire trucks and law enforcement in the parade along with the imaginative floats people were able to come up with. He added the Christmas parade marks the start of Christmas season.

“It means a lot to be thought of to lead the parade. Our Christmas parade is one of the best around,” Henderson said. “I think it is something which brings people together. I am proud and honored to be asked to represent my family and our school district. I aim to serve as a symbol of peace and togetherness. That is what I look forward to.”

It is a new leadership role for him as he will help lead the parade and greet people along the route. He hopes he can throw out candy to the masses. There will be no Santa costume as he plans to dress in regular clothes.

Tom Smith Land and Homes will host a pre-parade Letters to Santa party for the community on Dec. 1 at 5:30 p.m. outside of their office on 128 South Whitworth Avenue. Letters to Santa will last until the parade starts and kids can write their letters to Santa, enjoy hot chocolate and snacks, take their pictures with Santa and win prizes. Kids can also decorate ornaments and have other photo opportunities.