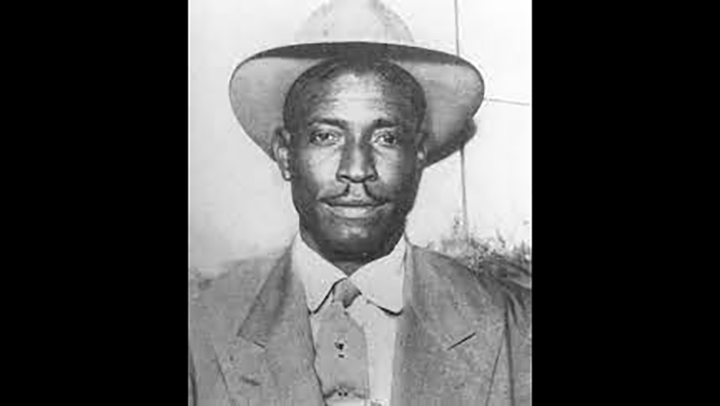 Members of the Lamar Smith family attended the Lincoln County Board of Supervisors meeting Monday to complain about the memorial marker planned for the courthouse lawn and the lack of action on a request to rename the courthouse.

Most of the questions during the meeting were for outgoing County Attorney Will Allen, who was attending his last meeting. In past meetings, Allen has explained that the reason it took so long to get approval for the memorial sign was because different groups and family members involved have been unable to agree on the wording for the sign.

One group of representatives said last month they aren’t interested in the marker anymore. Joe Smith said Monday that even with the marker being placed, “it still didn’t seem right.” He referred to a Daily Leader story about the sign being approved by the Mississippi Department of Archives and History to place the memorial marker for Lamar Smith on the lawn of the courthouse. In that story, Allen said, “I’m very pleased to announce that the Mississippi Department of Archives and Heritage has approved the sign. I sent notice to [the parties involved].”

Allen had been working toward making the marker a reality for most of this year.

But Joe Smith said Allen didn’t contact him. “Y’all never did,” he said. He also said that the other groups said they hadn’t received contact either.

Allen said he had emailed the information to the original person who started the request for a monument. Smith said he and others were “part” of that other group (there are several), but they should have all been contacted.

Then Joe Smith, still holding the newspaper article, asked Allen when the sign would be put up. “When this going to be put up?”

Allen had told the board about this during a meeting the first of November; however, no one from any of the supporting groups attended that meeting. Allen had said – and it was related in the story – that the MDAH reported that supply problems and a backlog means new markers can take up to six months to cast.

On Sept. 21, Roy Smith, unrelated to the Lamar Smith family, told the board the family was no longer concerned about a marker and instead wanted to focus on renaming the courthouse after Lamar Smith.” At that time, Allen said that the marker was already on its way to being approved and the board was not going to attempt to stop it.

During Monday’s meeting, Roy Smith once again spoke, though he was not listed on the agenda. He passed out to supervisors new “proposals that the family wants the board to consider.”

Roy Smith continued his address: “In the Mississippi State Statute 19-3-55, it says the board had ‘to act’ when the family asked about renaming the courthouse. When this family brought their petition, the board had an obligation to act. Not to delay. Not to postpone, not to procrastinate. You were supposed to discuss it, then vote yes or no. That hasn’t happened.

“So today, I would like for this board to take a vote. If not, I am solely prepared to walk right out of here today straight to the State’s Attorney General’s Office and the Secretary of State’s Office to file a formal complaint. This family shouldn’t have to endure what this family has to go through every month for the last nine months, what they have been going through waiting.”

Since the discussion had been about the already approved memorial marker, Allen had to ask Roy Smith exactly what he wanted in the vote. Roy Smith insisted that the board take a vote right then as to whether members approved or disapproved renaming the courthouse for Lamar Smith.

He then looked at District 1’s Jerry Wilson, who quickly made a motion for a vote. It was received with silence and the motion died for a lack of second.

Roy Smith then told supervisors to individually tell him whether they approved or disapproved of the renaming, even though they had just taken a vote not to consider the renaming. Allen explained why the vote would not go forward without a second and that there would be no debate.

“Well, at least we, ‘the family,’ know,” Roy Smith said as he looked at each supervisor. “Next year is next year and we’ll work from that aspect.”

District 4’s Eddie Brown spoke up, saying he wasn’t for renaming the courthouse. “It’s not that I’m against Lamar Smith,” he said. “I voted to put the plaque up, so I’m not against him at all. But there are a lot of heroes in this county. A lot. And their names are on the plaques outside, too. It’s just my honest opinion.”

Doug Falvey said the board did recognize Lamar Smith by approving the plaque.

But it wasn’t enough for Joe Smith, who, as he was leaving, alluded that everyone in the room was being “like all the witnesses when [Lamar Smith} was murdered” for not doing what the supporters wanted.

Allen said after the meeting that he had not received any formal petition for renaming the courthouse.

It was 1955 when farmer, activist and World War I veteran Lamar Smith brought absentee votes to the courthouse because many in the black community were afraid to vote in person. After a scuffle broke out among Smith and three men, Smith bled to death from a gunshot wound on the nearby lawn where the old courthouse used to sit. It’s been said that there were 50 to 75 potential witnesses, but not one would testify about what they saw. All three of the suspects are now dead.