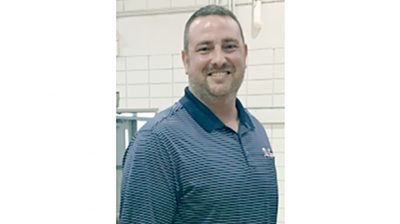 His first day as Superintendent will be January 21, 2023.

“West Lincoln is a special place. We have a really good staff here and we have accomplished a lot of things. I am excited about the opportunity,” Shows said. “I told (Lincoln County Superintendent David) Martin and the school board I appreciate them for giving me an opportunity to work here. I actually got to talk to the school board today and inform them I would be going to Pearl River County.”

David Martin, superintendent of the Lincoln County School District, said change is always possible with schools so they were prepared to handle a transition. He spoke to the staff at West Lincoln Monday afternoon and named the Bear’s assistant principal Jason Frazier as the interim principal.

Frazier will take over once Shows leaves at the end of this semester. Lincoln County School District will open up an applicant pool and hopefully have a principal named by the end of the spring semester, Martin said.

“John has worked hard and we knew at some point it would happen with how good he has done,” Martin said. “I hate to see him go but it is a good thing. He wants to go lead a district. We will have to get someone in who will contribute and help grow the tradition at West Lincoln.”

From 2016 to 2021, West Lincoln Attendance Center was the highest performing school in Lincoln County during Shows tenure. The Bears had an accountability rating of A for the 2021 and 2022 school year after several years of being a B school.

“We worked hard last year both the teachers and the students. We were also top 10 in the state in test scores,” Shows said. “I think the culture is here and they will continue to strive for excellence. It will always be a thing here. I think West Lincoln will continue that tradition.”

Applicants for the principal position at West Lincoln must have an admin license issued by the Mississippi Department of Education. Martin said the district is looking for a candidate who is a good person, is familiar with the education system, is academically minded and able to take on the huge role. Principals have a lot of responsibility and have to be flexible.

The school district wants West Lincoln to continue to have success in the classroom. It is very variable and there are years where things go great and others where they don’t. Martin said a school’s grade boils down to a 2-4 hour snapshot from testing and how well the kids perform.

“Some things are beyond our control but there is an expectation of academic success,” Martin said. “They have done a great job keeping those expectations up. We want someone to come in and not lose any ground.”

Shows will also leave behind the Board of Trustees at Co-Lin.

“We did a lot of good things there too. They were supportive of me and I made lifelong friends there,” he said. “I will leave behind two places and both mean a lot to me.”