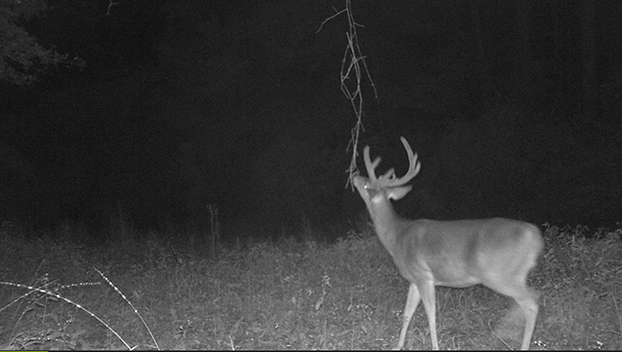 JACKSON — A tentative schedule has been released for Mississippi Department of Wildlife Fisheries and Park’s monthly commission meeting to be held January 25. The business session of the meeting will begin at 2 p.m. with a tentative educational session on Chronic Wasting Disease to be held at 1 p.m. in the Donnelson Room at The Cotton House Hotel.

MDWFP Deputy Director Larry Pugh said last week the Commission was working to reschedule the educational session on Chronic Wasting Disease. They were able to announce the rescheduled meeting Friday.

The CWD educational session was canceled at the last minute in December. This action came in the wake of a vote by commissioners to rescind the supplemental feed ban in Claiborne County at the November meeting. Pugh said there was a change in the itinerary for the day and they did not have enough time needed to do the presentation.

Commissioner William Mounger II was the only commissioner to vote against the action to rescind the feed ban in November. He asked everyone to wait for the Chronic Wasting Disease educational session to learn more about the complex disease in December before it was canceled.

State Wildlife Veterinarian Jennifer Ballard and Research Division Chief Cory Gray with the Arkansas Game and Fish Commission are tentatively set to give a presentation on the disease at the January meeting. It is open to the public and would be a good resource for those interested in having a better understanding of CWD.

CWD is a 100 percent always fatal disease in cervids. It is caused by infectious prions, mis-folded proteins, through direct and non-direct contact to infected deer. Deer shed prions into the environment through bodily fluids which can contaminate areas for long periods of time.

Mississippi State University Deer Lab released a series of 13 videos which give a simple and educational look at the disease. Ballard helped the deer lab with the project. Those videos can be found on the MDWFP CWD web page.

Mississippi Veterinary Diagnostic Laboratory in Pearl has detected 51 positives this year out of 4,372 samples. Mississippi has detected 185 positives since first detection in 2018. MVDL is the state testing laboratory for Chronic Wasting Disease and Highly Pathogenic Avian Influenza and is working through the samples.

Four miles south of Louisiana’s first CWD detection in Tensas Parish a second positive was found. It has yet to be confirmed by the national laboratory in Ames, Iowa but if it is confirmed it would be the second CWD detection close to Claiborne County. Warren County has had one positive detection this year and is up to three positives.

MDWFP typically releases the agenda for their business session about a week before the monthly commission meeting. Agendas are subject to change.