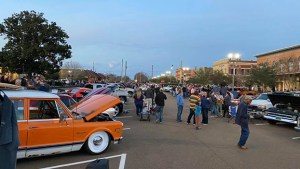 The weather should be perfect this weekend for this month’s Third Saturday Cruise. Events like the monthly car cruise are what make downtown Brookhaven special. ... Read more 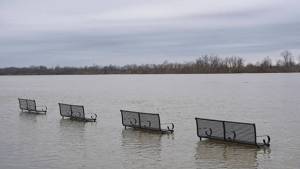 The Mississippi River is not the only thing that is rising, officials especially concerned about backwaters

An attorney says 13 women are pursuing complaints involving gender discrimination against the University of Louisiana at Lafayette. Read more

A male exotic dancer and barber has admitted to shooting a 31-year-old woman and setting her car on fire with her body in the trunk, ... Read more

Mississippi officials are warning that synthetic marijuana they seized at a Brandon convenience store on Aug. 8 is laced with the powerful opioid fentanyl. Read more

A Mississippi district attorney says a judge has released people accused of murder and other violent crimes without notifying prosecutors. Read more

Father, daughter find each other on genealogy site

Almost a year ago, Laura Barnes sat down to write what was perhaps the most important email she’s ever sent. Read more

Number of people in Louisiana prisons falls with law changes

JACKSON — The National Weather Service in Jackson has issued a severe thunderstorm watch in effect until 7 p.m. for the following counties in central Mississippi: Adams ... Read more

Three people have been accused in several burglaries over the past two weeks at homes and businesses in Mississippi. Read more