School state test scores were released today, and Lincoln County School District met or exceeded the state average pass rate for all of the Mississippi Curriculum Test Second Edition (MCT2) sections. However, the schools did follow the state trend of dipping in the overall pass rate.

“The performance levels on state tests were lower this year as expected because the 2014 tests were not aligned to Mississippi’s higher academic standards,” said Carey Wright, state superintendent of education. “We are looking forward to implementing the state’s new assessments in 2015, which will provide a more meaningful measure of what students are currently learning in class.”

“As a whole, this is what we were expecting. We did OK, and we’re on track,” Terry Brister, superintendent of the Lincoln County School District. He added that the scores did go down this year from last year because many teachers had already begun moving toward a Common Core curriculum. “We knew this would be a challenge for us as a district.”

Test scores were released for two of the state tests, MCT2 and the Subject Area Testing Program Second Edition (SATP2).

The MCT2 test is given to students in grades three through eight and assesses mathematics and language arts. Science is also tested in the fifth and eighth grade.

According to the Mississippi Department of Education, the test allows the state to be in compliance with the requirements of the 2001 No Child Left Behind Act and results will be used in the Mississippi Statewide Accountability System to measure growth and progress.

Lincoln County excelled in all areas of the MCT2. In the majority of tests, the county schools’ pass rate was well above the state average.

The SATP2 tests Algebra I, Biology I, U.S. history and English II and is graduation requirement for high school students. To receive a diploma, students must pass all four subject area tests.

Lincoln County excelled in all areas, except for the high school U.S. History exam in which their pass rate was two percent lower than that of the state.

To improve the pass rate on next year’s exam, Ratcliff said that the schools are implementing a Star360 program that will provide early screening to help identify students at risk and allow for intervention. It will also identify students’ strengths.

She added that the school district is also encouraging subject area teachers from all schools to work together to build a stronger program for students. 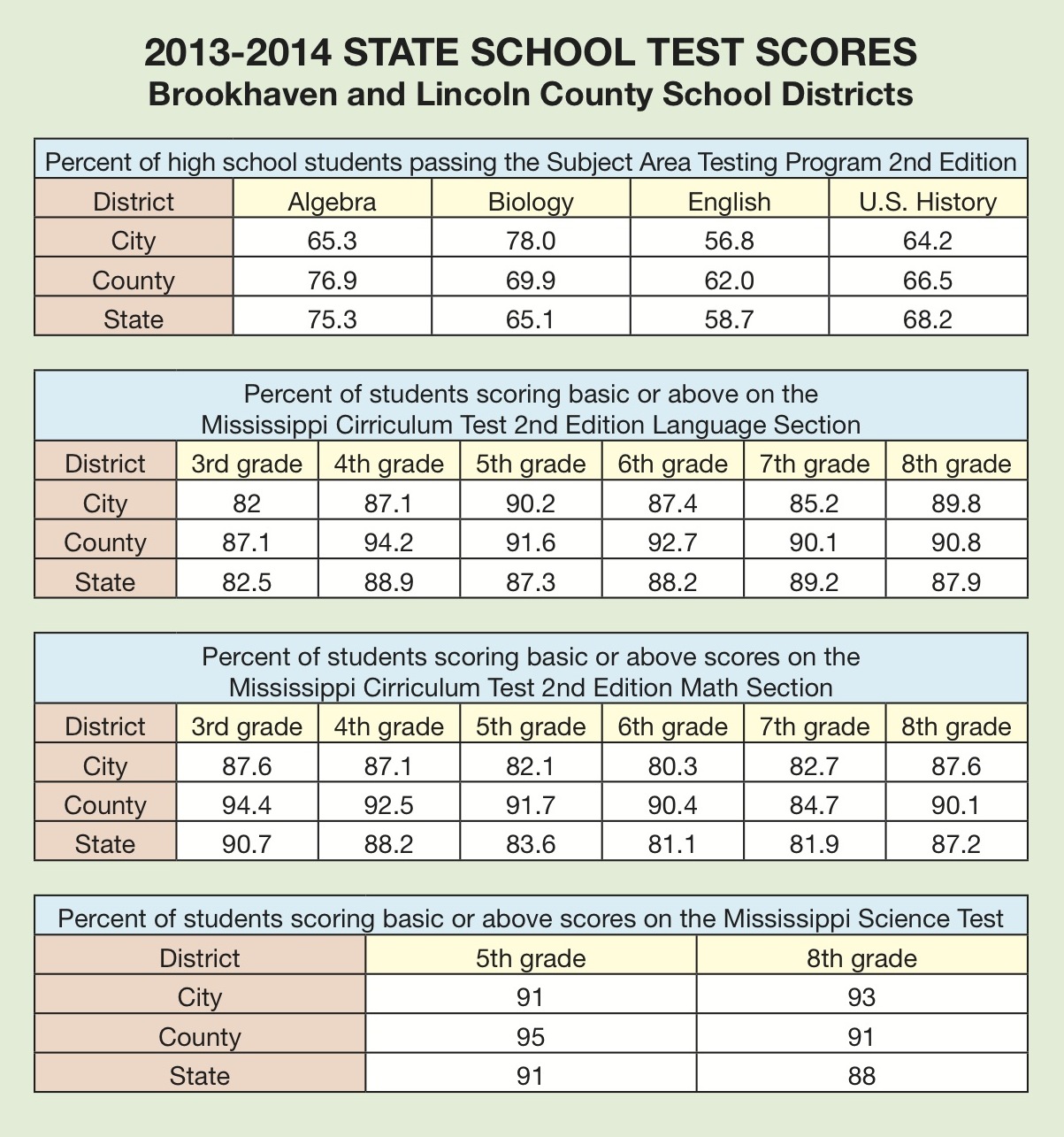