LCSO arrests five in burglary ring: Thousands of dollars worth of property have been recovered 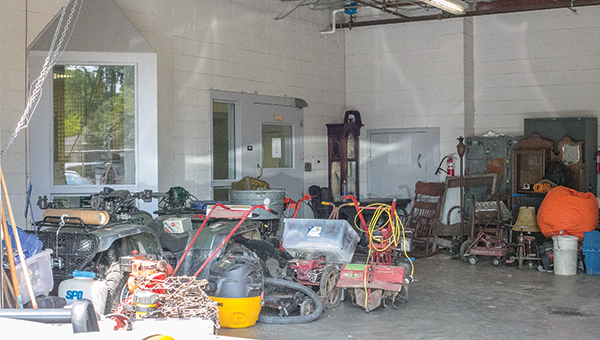 Photo by Kaitlin Mullins
Tens of thousands of dollars in stolen property have been recovered by the Lincoln County Sheriff’s Department since Wednesday. Five people have been arrested so far in the unraveling of a burglary network involving at least four cases in Lincoln County and some from Hinds, Lawrence and Franklin counties. 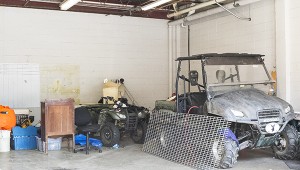 Five suspects are behind bars following an ongoing Lincoln County Sheriff’s Office effort to break up a crime ring that reached four counties.

Since Wednesday the LCSO has recovered tens of thousands in stolen property including several ATVs, many various household items, electronics, yard equipment, hunting equipment, trailers and vintage furniture and jewelry. The five arrested have connections to each other and collectively have been linked to at least four cases in Lincoln County and one case in Franklin County. LCSO Sheriff Steve Rushing said the department has more leads to pursue and expects to learn about more suspects and more burglaries during the ongoing investigation.

“It’s a good step for us on some of our theft we had going on,” Rushing said. “We’re steadily recovering property and steadily working to tie them to any other cases we have. As we get one we’re picking up information on other cases so it’s going to be a steady, continuing thing for a while.”

So far, deputies have learned that all cases involved secondary residences, such as camp houses or family weekend homes, that were stolen from over the past two or three months.

Ashdon H. Brister, 22, of 25 Kary Lambert Lane in Jayess, was arrested on Wednesday and charged with burglary of a dwelling.

Brister was apprehended in connection to a theft on Highway 583. Working on this case, which is still ongoing, officers began unraveling a network of burglary suspects and stolen property. There is a warrant out for one more suspected in the Highway 583 case, which involved a stolen laptop and various other household items.

Shelton has also been linked to a case in Franklin County, which ties most of the apprehended suspects together. The case involves three other suspects in custody and a large amount of antique furniture and jewelry taken. Michael Nuckles, 44, of 1646 Wellman Drive, was arrested on Sunday for two counts of burglary of all but dwelling in connection to the case in Franklin County, on Pricedale Road and Melvin Mason Road.

Kelli Smith, 31, was arrested Monday morning for burglary of a dwelling in connection to the case in Franklin County.

William C. Frazer, 53, 1349 Monticello St., is also allegedly involved with the case in Franklin County. Frazer had been arrested earlier on July 14 for probation violation, possession/carrying concealed weapon and possession of controlled substance. He was charged with one count of burglary.

Recovered property will be returned to the owners throughout the week.

Local resident spices up the kitchen with special hot sauce

A Brookhaven resident and Natchez native has turned a family recipe for hot sauce into a one-woman company bringing “quality... read more