In tragedy, area bonded together 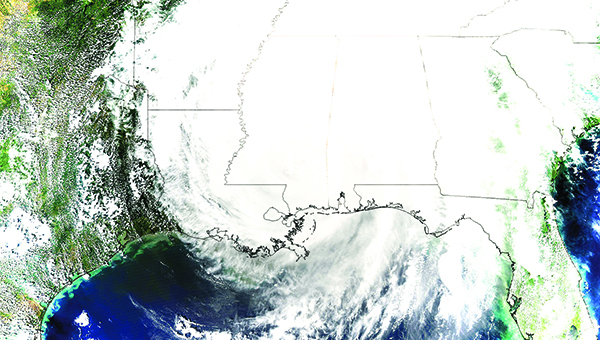 We look back at the effect Hurricane Katrina had on Brookhaven in a special section found in today’s paper.

We had planned an early pressrun that Monday morning 10 years ago. Our goal was to allow sufficient time for our newspaper carriers to be safely off the roads by early afternoon as a hurricane named Katrina bellowed just off the Mississippi/Louisiana coast. The presses were just starting to roll at 9 a.m. when the power went off. It stayed off for much of the Brookhaven–Lincoln County area for the next few weeks.

A drive along the Mississippi Gulf Coast shows the changed face of the Mississippi Gulf Coast since Katrina landed that fateful morning. While far from fully recovered, the communities that make up our coastal areas are again thriving — having coped by enduring the floods, rains and winds. Having coped with the personal hardships total destruction brings and the realities of a world turned completely upside down.

A drive through Brookhaven today shows how this community has bounced back. Although nothing like the gulf coast, this area was also hit severely with downed trees, damaged houses, power outages and gasoline and food shortages. But today — other than some missing trees we have few scars.

Thankfully, what remains are the memories of the period when this community gathered together for a common purpose to help others and right the wrongs of this horrific storm. Those were extremely tough days that tried this area’s soul. We saw the best in human nature, but unfortunately we too saw the not so good.

With only a small generator to run a couple of lap top computers, the next morning a very dedicated newspaper staff began to cobble together the area’s story. The four-page edition, which had to be printed in Natchez hit the streets around 7 p.m. Tuesday afternoon. People swarmed our carriers trying to find out what had happened. Remember that Facebook was in its infancy in 2005, and Twitter was yet to be invented — so good information was scare.

In the coming days and weeks we reported on the plight of area grocery stores who were unable to replenish their emptying shelves and that ice was becoming a commodity; and about how a gasoline shortage was making life miserable for area residents. We reported on tensions between the evacuees and law enforcement and long lines at the Lincoln Civic Center where relief efforts were staged.

We too reported on stories of neighbors pulling together, renewing friendships and sharing food and supplies. With freezers slowly thawing-out we reported how neighbors organized evening dinners where they would gather at different houses each night to break bread and maybe a bit of wine – a party atmosphere one might say.

The bigger story however was the heroic efforts by so many in this community. Six local churches opened their doors to evacuees most of who came from the New Orleans area. As official Red Cross shelters, these churches housed several thousand individuals serving three meals per day – not for a few days but for almost two months!

We saw strong local leadership in both our city and county elected leaders as they worked to overcome the adversities of 100-plus mph winds that lashed this area for almost six hours. While they each had their own personal issues at home to overcome, they selflessly met each morning at 7 am to set recovery strategy for the coming day. Some stayed on the job for days-on-end sleeping on cots when time allowed.

Last week a naive and young columnist for the Chicago Tribune wrote a column suggesting her city needed a Hurricane Katrina to clean-out the windy city from it social and political problems. Her piece went viral, as they say, and not so well taken in this part of the country. She was justifiably criticized for her callous comments.

As traumatic and unforgiving Katrina was to this area, there was a silver lining in those grey clouds that day, for in the following days we as a community came together as one – black and white, rich and poor, city and county, public or private. All agendas were set aside and the focus was on a single purpose.

Instead of whining and complaining, we as a community “hitched up our britches” as then Governor Haley Barbour was famously quoted, and went to work.

Bill Jacobs is the former owner of The Daily Leader.