Library keeps history on microfilm: Records from 1875 available to public

How can I get copies of old obituaries? What other information from old newspapers can I get, and where?

The Lincoln County Library has a wealth of local information including documented newspapers from the area, an online index of obituaries and all census records available.

Rebecca Nations, consultant at the Lincoln County Library, said the library often gets requests for obituaries from people all over the world, online as well as in person at the library. Nations said the indexed obituaries from The Daily Leader online span from 1969 to 2012. 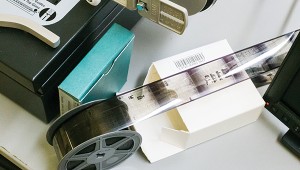 Photo by Kaitlin Mullins
The Lincoln County Library has microfilms of 140 years of newspapers.

In the library, patrons can also use the microfilm machine to look through 140 years of newspapers. The Mississippi Department of Archives and History archives newspapers across the state using photography. Photographs are taken of each newspaper and stored on 35mm film. When this enormous task is done a year’s worth of newspapers can be stored in a box about half the size of a VHS tape, and the MDAH releases these rolls of film to libraries for records. Where a month’s worth of printed newspapers makes a stack about a foot tall, microfilm allows the library to store all 140 years of papers in a large filing cabinet.

The library’s microfilm machine is digital and was bought with a gift about a year ago — in the $10,000 to $11,000 range. Library patrons may bring their library card or guests can bring a photo ID and use a guest pass to use the microfilm computer and machine. One loads a roll of film for a particular year and for three hours maximum per day, patrons may magnify, print, email, cut and paste or save the images to a flash drive.

The library has editions of The Daily Leader starting from 1969.

Also with the newspapers on film are the census records, recorded by the Federal Department of Archives and History in a similar format, and they may be viewed as well. Though Nations said for census records, a clearer picture and easier search method can be found on ancestry.com to which the library has a subscription. The LC Library has a subscription to ancestry.com that may be accessed with one’s library card at the library, and heritagequest.com which can be accessed at the library or online with a library card. These services are offered for free by the library and are very popular research tools used at the library.

“We had lady who was born in Bogue Chitto, in 1945, and she called and wanted the newspaper that was published on the day she was born, the entire newspaper […] just for her own curious self,” Nations said. “So we looked and we found two that were published that week — back then the newspapers were published once a week — we copied and pasted the entire thing together and she was just so happy. It was a big project, but she was really happy.”

For more information visit the Lincoln County Library’s website at www.llf.lib.ms.us or by calling 601-833-3369.

Brookhaven city employees will see a 2 percent raise in the new fiscal year. The Board of Aldermen on Tuesday... read more